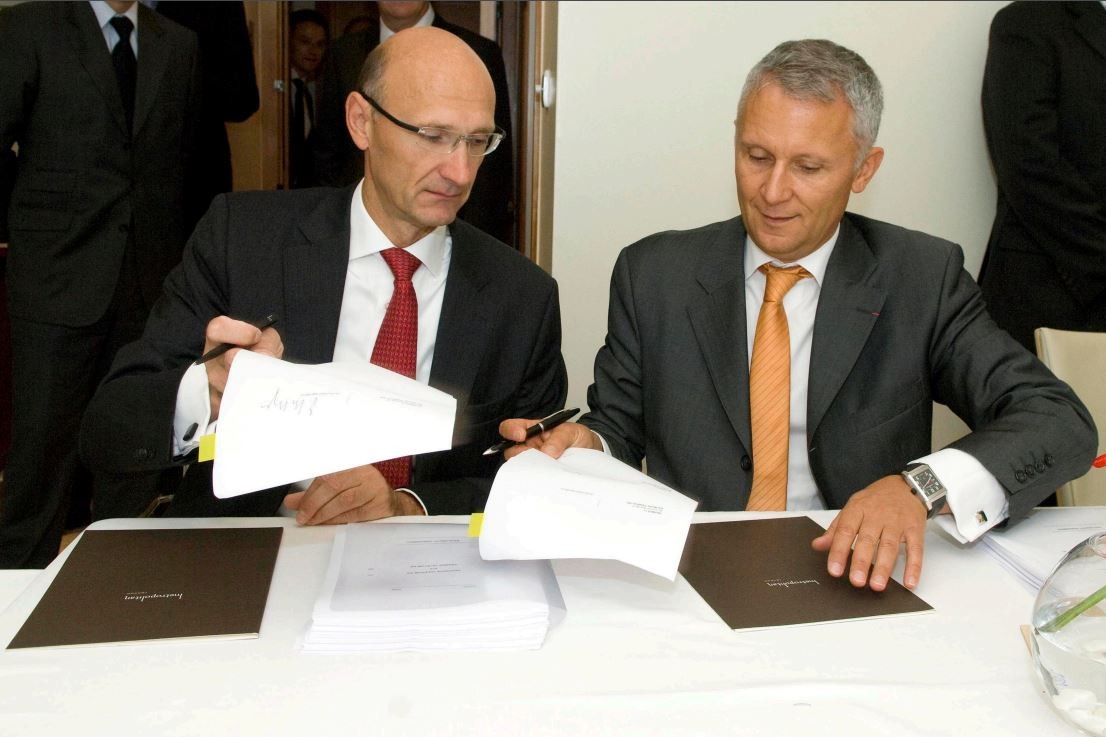 Tom Alexander, former CEO of Orange UK, is the Chief Executive of the new Joint Venture, and Richard Moat, the former CEO of T-Mobile UK, is Chief Financial Officer and Deputy CEO. A Board of Directors has also been formed, on which Tom Alexander and Richard Moat will serve as executive directors. Tim Höttges, CFO of Deutsche Telekom, will lead the board as non-executive chairman for two years. After this time, the leadership will rotate to Gervais Pellissier, Deputy CEO and CFO of France Telecom, for two years.