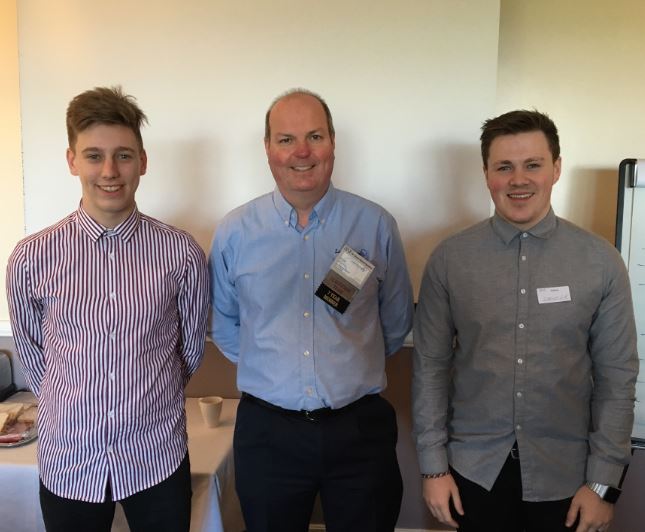 EE has announced a nine strong team of apprentices to take part in the National Brathay Challenge 2016. The challenge will see teams from across the country compete to promote the advantages of apprenticeships to young people and local businesses, in a bid to win the title of ‘apprentice team of the year’.

For a chance to reach the grand final in June, the team has been tasked with demonstrating team building, leadership, logistical and communication skills through their work in the local community. The team is already hard at work and will be visiting a local primary school in Lawrence Weston to rejuvenate its gardens for the children to enjoy. They are also arranging a tour of local schools during National Apprenticeship Week to raise awareness of the benefits of apprenticeships for young people.

The EE apprentices are also arranging an apprentice and department head shadowing programme within EE to educate the business internally, which will also take place during National Apprentice Week. James Worville, a member of the EE apprentice team, will be shadowing Michelle Willis-Whitehead, Director of Technology Operations at EE, giving James valuable insight into the role and demonstrating what it takes to rise to the top.

But the team hasn’t stopped there. They’ve already been presenting to local businesses on the benefits of taking on apprentices from the local community, with many of the businesses having shown an interest in apprenticeship schemes and how they can benefit them.

Zander White, Technical Support Engineer Apprentice at EE, said “It’s fantastic to be involved in the Brathay Challenge this year - we have thousands of apprentices across EE and it’s great we can showcase the benefits of apprenticeships. We get to build on existing skills and develop new ones, while also helping the local community. We’re committed and passionate in everything we do, and that’s why we believe we have a winning team that can really make a difference promoting the advantages of apprenticeships to the local area.”

Patrick Bradley, HR Director at EE said, “We’ve always been proud to see the positive influence our apprentices have in their local communities, and the Brathay Challenge is a fantastic way to showcase their work. It’s great to see the passion they bring to work every day go into raising awareness of the benefits of apprenticeships with young people and local businesses. Giving young people opportunities through apprenticeships is a core part of EE’s culture, and we’re excited to see the team take to the national stage, where we’ll be cheering them on all the way.”

EE was recently named The Sunday Times’ highest ranked large technology company to work for and has recruited over 1,300 apprentices since it launched its programme in 2012.

The Brathay Challenge is supported by the National Apprenticeship Service and thousands of apprentices have entered into this year’s contest. Finalists will be announced in May at the House of Commons before going on to compete in a logistical and team building finale at Brathay Trust’s Windermere headquarters from 13th – 16th June.