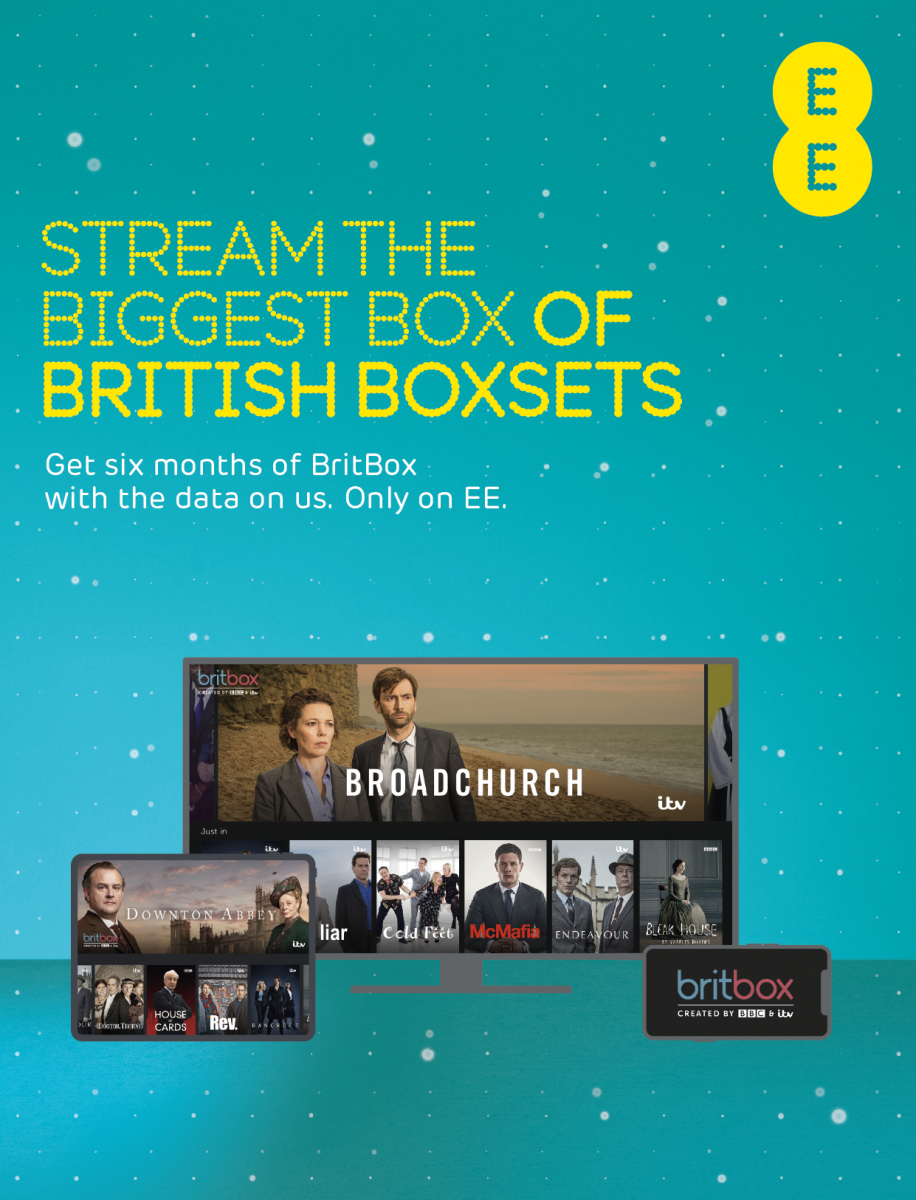 EE today announced it has become the exclusive mobile partner for the streaming service BritBox. The partnership combines the UK’s best network with the best of British content. EE consumer pay monthly mobile and tablet customers across the UK will receive a six-month subscription to BritBox with inclusive mobile data.

Launching on the 13th March, the six-month BritBox subscription offer allows all EE pay monthly mobile and tablet customers to stream the widest range available of award-winning British dramas, comedies, films and documentaries from the BBC and ITV.

Not only will EE customers be able to stream their favourite shows over the UK’s biggest and fastest network, available in more places than any other and at no extra cost, but they will be able to do so for six months - all without impacting their data allowance.

Customers can also use the offer to access BritBox via a wide range of Smart TVs, as well as streaming devices including Amazon Fire TV, Apple TV and Google Chromecast. After the initial six-month period ends, customers will be able to continue paying for BritBox at £5.99/month, directly through their EE bill.

BritBox is the latest addition to Entertainment on EE, a unique collection of offers which gives EE pay monthly mobile and tablet customers access to premium services including BT Sport, Apple Music, Apple News+ and MTV Play, with up to six months of access for free – worth up to £220.

Marc Allera, CEO of BT’s consumer division, said: “The UK is the birthplace of some of the most iconic TV shows in the world – from Top Gear to Downton Abbey. By partnering with BritBox, we’re giving our customers access to the best British dramas, comedies and films, so they can stream them wherever they are, at home or on the move, thanks to our superfast 4G and 5G mobile network.”

Will Harrison, MD at BritBox, said: “It’s a match made in heaven – the biggest collection of British box sets together with the biggest network. Now it is easier than ever to sign up to BritBox, whether you watch on the go, or on the big screen in the comfort of your living room. With the first six months included, there’s no excuse not to binge on the biggest collection of British boxsets with a huge range of award-winning shows and new series added every week.”

Further information, including details of how customers can sign-up for the offer, will be made closer to launch on ee.co.uk/entertainment-on-ee/britbox.