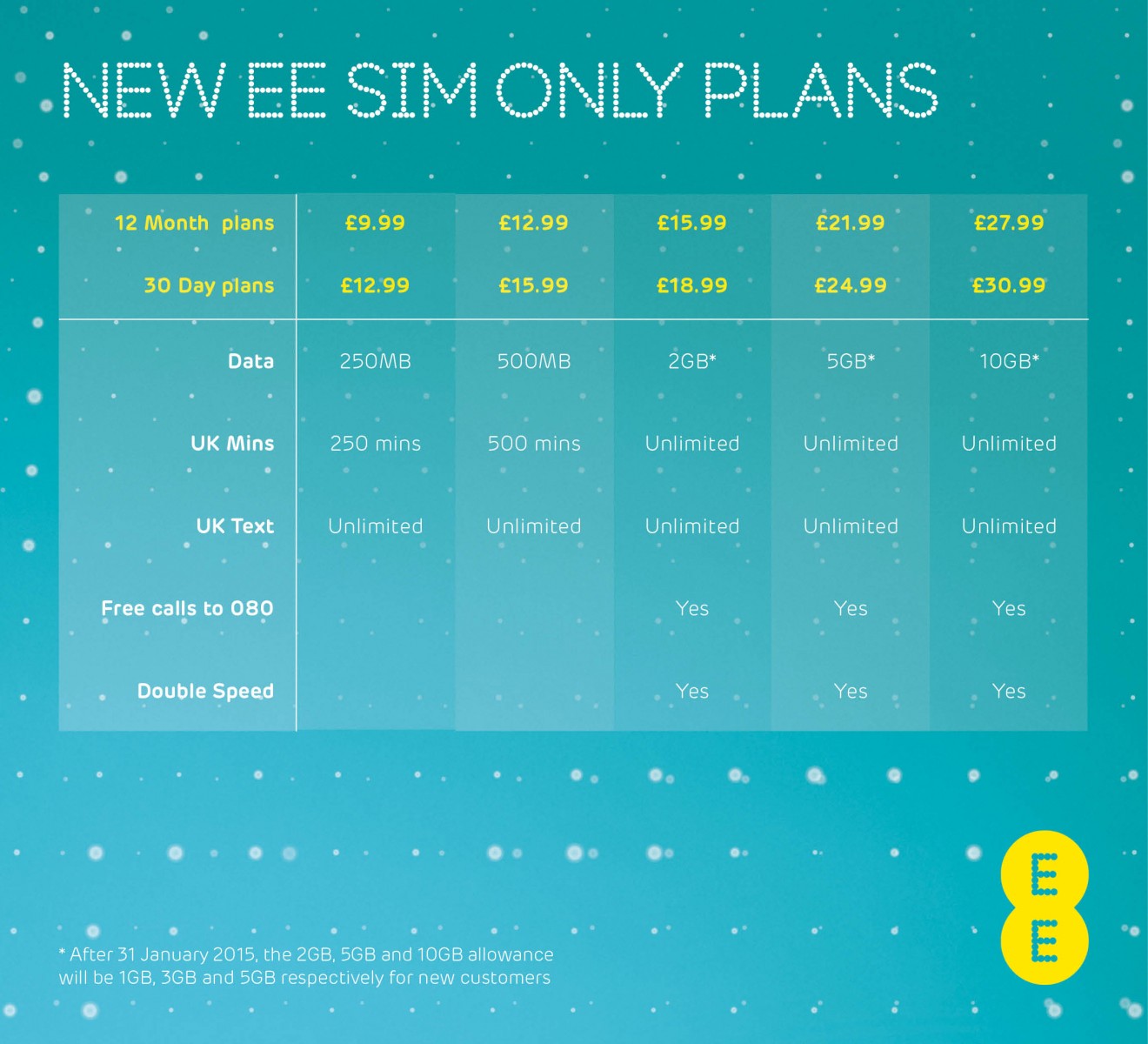 Available immediately in EE shops, as well as via the EE online shop and EE telesales, the new 12 Month and 30 Day plans offer an increasingly flexible way for customers to access the biggest and fastest 4G network in the UK. The new plans start from just £9.99 per month, and for customers who take out an EE Extra plan from £15.99, receive unlimited UK calls and texts, double speed 4G and free calls to 080 numbers.

Simon Till, Head of Pay Monthly Propositions said: “Our new range of SIM Only plans will provide customers with even more value, simplicity and choice, allowing them to make the most out of their smartphone experience. When combined with the fact that our 4G service currently covers 75% of the UK population, with double speed 4G in 20 towns and cities and growing - no other network is bigger, faster and more reliable.” 4GEE now covers 75% of the population, 263 major towns and cities and over 2,500 villages and small towns, making EE’s 4G network the biggest in the UK. EE was also recently ranked number one mobile network in the UK following comprehensive independent testing from RootMetrics®.