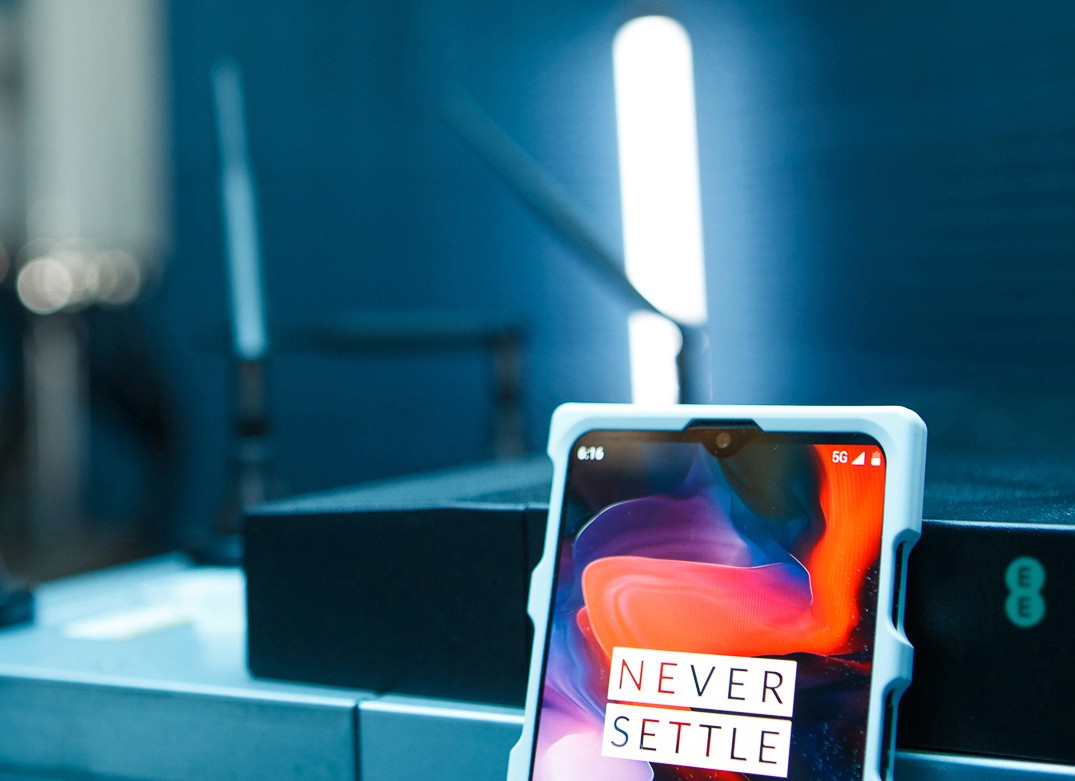 EE, the UK’s number one mobile network and part of BT Group, today announced that it will be the first operator in the world to bring its customers the OnePlus 5G smartphone.

OnePlus announced EE as its 5G launch partner today at the Qualcomm summit event, taking place in Hawaii. EE and OnePlus are working on an R&D partnership to ensure the best possible 5G connected experience for customers.

Marc Allera, CEO of BT’s Consumer division, said: “EE and OnePlus have a shared vision: to give our customers the best connected experience possible. We’re working together on cutting edge technology to deliver that, and we’re leading the world on the journey to 5G. Adding 5G to the UK’s number one 4G network will increase reliability, increase speeds, and keep our customers connected where they need it most. We have an ambition to connect our customers to 4G, 5G or Wi-Fi 100% of the time.”

Pete Lau, CEO and founder of OnePlus, said at the event, “The pursuit of speed has defined the OnePlus DNA since OnePlus was founded five years ago. There’s no one more suitable than OnePlus to make a 5G smartphone. Our users are always eager to try new things and they are now ready to experience the next generation of connectivity and speed. In response, OnePlus has poured efforts into 5G research since 2016. Today, we stand poised to embrace the dawn of 5G.”

EE is switching on 5G sites in 16 UK cities in 2019. The first launch cities will be the UK’s four capital cities – London, Cardiff, Edinburgh and Belfast – and Birmingham and Manchester.

EE is upgrading to 5G where it can make the biggest difference to the most people.

The first 1,500 sites that EE is upgrading to 5G in 2019 carry 25% of all data across the whole network today, but only cover 15% of the UK population. 5G is built on top of EE’s award winning 4G network – customers’ 5G experience will be dictated by the quality of both 4G and 5G, as well as the underlying fixed network.

EE is upgrading transmission to 10Gbps links at each 5G site, and has tested the new links – the fastest in use anywhere in the UK – at its trial sites in Canary Wharf and across East London.

EE is still upgrading 4G sites as part of its overall network strategy, while turning 3G signal into 4G to enable more spectrum for a better network experience. The busiest sites will have five carriers of 4G spectrum supporting the new 5G spectrum, making them the highest speed sites of any UK operator in 2019.

As well as increasing capacity, EE is expanding 4G coverage into rural parts of the UK to give rural communities the coverage and capacity that they need. EE has built more than 350 brand new sites in 2018 alone.

In August, EE was named as the UK’s best network for the 5th year in a row. RootMetrics travelled 20,928 miles, and undertook 593,008 tests (including calls, data and text messages), of all four of the UK networks across England, Scotland, Wales and Northern Ireland, in the first six months of 2018. The company has been testing all UK mobile operators every six months since 2012.

EE is currently trialling live 5G in Canary Wharf, and parts of East London. New devices and functionality are being tested in the state-of-the-art Borehamwood test lab.