'Fenton' gets a superfast 4G makeover 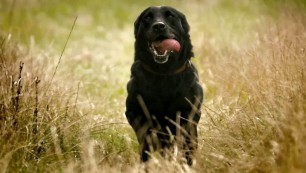 London: Exactly one year on from the day the original 'Fenton' video was uploaded to YouTube, EE has today released a new, re-mastered version of the iconic labrador's park adventure, shot in full HD: Fenton 4GEE Remaster. The orginal video has had almost 7.5 million hits to date, and was shot by a 13-year old boy on a mobile phone.

Demonstrating how superfast 4G lets customers stream HD YouTube videos on the go, without buffering, EE's remake follows the orginal video's storyline. Dramatic cinematography is combined with a tongue-in cheek, humourous finale as Fenton gives chase to not just a herd of stags, but this time to most of the animal kingdom - including an elephant, an ostrich, a unicorn and even a pre-historic T-Rex.

Housed on the EE YouTube channel, users will find an interactive video experience allowing them to switch between the original Fenton video and the Fenton 4GEE Remaster.  It will also feature in all retail stores, as part of the online '4GEE' campaign and in the EE roadshow tour starting early 2013.

Commenting on the campaign, Spencer McHugh, Director of Brand, EE, said: "As there is arguably no YouTube video more epic than 'Fenton', we wanted to make it even more epic by creating our own remastered version - so it can be enjoyed on the go on superfast 4G, in all its epic glory."

Jake Goodyear, aged 14, who shot the original 47 second clip added: "It’s amazing to see what a quiet walk in the park this time last year has produced. The original video became the top trending topic on Twitter and now that EE has taken it to the next level, I can't wait to see how many people share this remastered version."

The original Fenton video was licensed through Viral Spiral.

3-time Emmy award-winning Director David Allen is best known for developing and producing innovative natural history documentaries that combine big budget programming with more intimate narratives. David is best known for directing the Channel 4 show 'Bugworld' and was recently awarded a Gold Panda for 'My Life as a Turkey'.

EE is the UK's most advanced digital communications company in Britain, providing mobile and fixed line services to 27 million customers, and from 30th October 2012 will become the first company in the UK to provide 4G mobile services alongside fixed-line Fibre.

EE is the company that runs the Orange and T-Mobile brands in the UK, and launched its new superfast 4G brand – EE on 30th October – with a three-year £1.5bn investment for upgrades and new 4G services.

POKE, working with Passion Raw, have created and produced the Fenton 4GEE Remaster campaign. They are a creative company that believes in the power of design as a force for unlocking business potential and value. Motivated by inventing ways to make things better—simpler, smarter and more social—for businesses and for the people who use the things POKE make. From innovating in branding and marketing, to inventing products and services that market themselves, POKE's work demonstrates a passion for the online community and the brands and businesses that drive it.