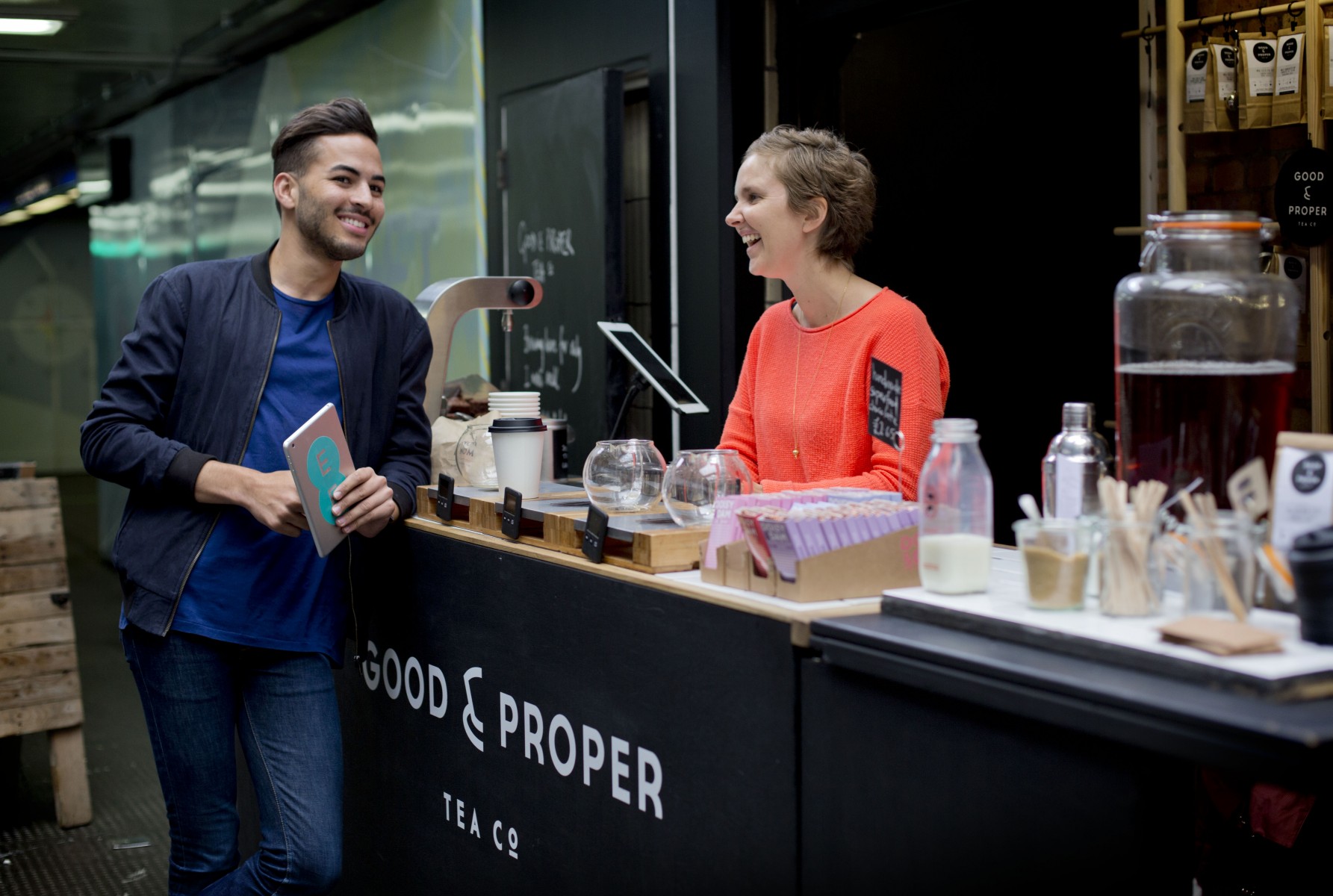 22 July 2014, London: Pop-up retailers contribute £2.1 billion to the UK economy each year (equivalent to 0.6 per cent of total UK retail turnover) and the sector is expected to grow by 8.4 per cent over the next 12 months, according to a study released today from economists CEBR and EE, the UK’s most advanced digital communications company.

An estimated 23,400 people work in nearly 10,000 pop-up shops across Britain, ranging from temporary restaurants and shops to product trials from recognised brands, and the industry is projected to grow nearly 2.5 times faster than the traditional UK retail market¹ in the next year.

However, the Pop-Up UK report reveals growth could be even faster, with CEBR stating that if the barriers to pop-up retailing were reduced, double digit growth could be easily achieved. The most significant barriers include lack of flexible short term contracts, finding appropriate and flexible space, obstructive business rates and rents, and lack of access to technology including waiting over two weeks for fixed-line internet access.

Even during the 15th anniversary of the modern pop-up² these barriers persist, which is why EE has partnered with marketplace for pop-up space, Appear Here, the British Retail Consortium (BRC) and a range of pop-up entrepreneurs to launch the Pop-Up UK campaign.

Spearheaded by Ross Bailey, the 22 year old CEO of Appear Here, along with Mike Tomlinson, EE’s Director of Small Business, EE’s Pop-Up UK campaign aims to help 3,000 entrepreneurs set up pop-up shops over the next 3 years. The campaign features:

Ross Bailey, CEO and founder of Appear Here, says: “Pop-ups are the future of retail, and this campaign goes a long way to helping remove the barriers pop-ups are facing every day. Whether you’re a major retailer that wants to try out a new product line or just one person with a great idea – setting up a pop-up should be as easy as possible. This new Pop-Up UK campaign helps remove technological barriers plus helps connect entrepreneurs with their ideal pop-ups locations. However, there’s much more support needed to help pop-ups achieve their true potential, particularly from the Government.”

Mike Tomlinson, Director of Small Business at EE, said: “Small businesses, and pop-ups in particular, face massive barriers and we’ve launched Pop-Up UK to stoke the fire under Britain’s pop-up retail economy.  As part of this campaign we’ve launched the Pop-Up Bundle, the world’s first data plan designed specifically to help pop-up retailers overcome the technological barriers they face.  Pop-ups can use the power of our 4G network to connect with their customers via social media, take mobile payments, collaborate with suppliers, and securely access all of their important data in the cloud.

“We’ve worked with a wide range of pop-up entrepreneurs to understand how we can help them achieve their goals. This campaign is built to provide aspiring pop-ups with the instant superfast 4G internet connections, flexible plans and technological hardware they’ve told us they need. By solving these problems we believe we can really make a difference, which is why we’ve committed to helping 3,000 pop-up entrepreneurs open shops over the next 3 years as part of the campaign.”

Richard Lim, head of business information at the British Retail Consortium, said: “These figures demonstrate the important role pop-up retail is playing in the UK economy, but we’re only at the beginning of this pop-up revolution. The novel use of these temporary spaces showcases the innovative nature of UK retail which continues to adapt to consumer demands and structural changes occurring throughout the industry.  This campaign is seeking to do the much-needed job of removing the barriers that are holding pop-ups backs from their true potential.”

Prices for the Pop-Up Retail bundle begin from just £11.25 per month and can include discounts on our plans and products. At the heart of the bundle are the most flexible data plans available in the UK, offering pop-ups a superfast 4GEE connection designed to end exactly when they need it to, ranging from one to 12 months.

Additional products available through EE for pop-ups include:

EE also recently announced Business Apps, a new suite of apps aimed at small businesses, including sole traders and pop-ups. The range of business apps selected by EE provides productivity and efficiency benefits, and includes top office, publishing, and accounting apps such as Microsoft Office 365 and Sage One. More information is available at www.ee.co.uk/businessapps.

¹ All figures sourced from Britain’s Pop-Up Retail Economy Report, published in July 2014 and available at: www.ee.co.uk/popup

Growth is calculated using estimated spend of consumers in the next 12 months coupled with ONS population estimates, providing a pound value for the expected turnover of the pop-up retail industry over the next year.

To estimate the number of employees and businesses within the pop-up sector, CEBR utilised Business Population Estimates from the Department for Business Innovation & Skills to provide as similar  as possible turnover to employee and turnover to businesses ratios. Utilising the calculation of the overall turnover of the industry and combining it with the Business Population Estimates provides an expected figure for the number of employees and businesses within pop-up retailing.

² The first modern pop-up shop was Vacant in Los Angeles in 1999: http://commercialobserver.com/2012/12/on-10th-anniversary-of-first-nyc-pop-up-retailers-look-back/

How to launch a pop-up shop was produced by EE, using insight from a range of pop-up retailers and companies, including BoxPark, Appear Here, Playn Eyewear, Press London, the Ribman and Good & Proper Tea. It is available here: www.ee.co.uk/popup

[1] Statistics from the retail trade sector of micro-sized businesses (0-9 employees) was used to ensure our calculations reflected turnover to employee ratios seen in pop-up retailing.