EE and ITV unveil latest store opening on the cobbles of Coronation Street, in new partnership 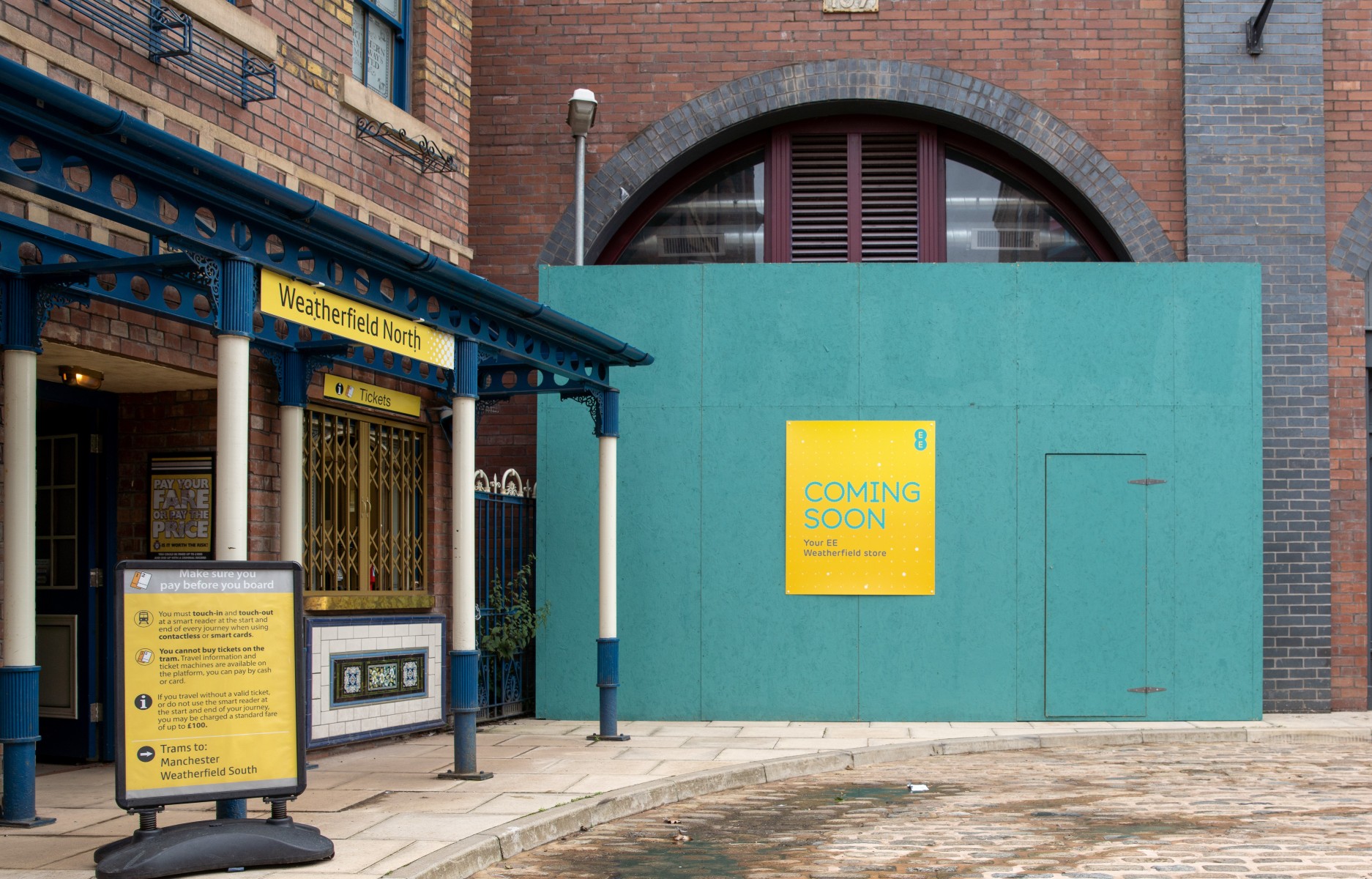 ITV and EE today announce a new product placement partnership, with plans unveiled for ‘EEs latest store opening on one of the most famous streets in the UK, Coronation Street. EE is set to become the connectivity partner of Weatherfield, which will also see EE employees and shopping bags integrated into episodes of the iconic British soap.

The shop facade will initially be hidden behind an EE branded hoarding from 20th September as the new shopfront is fitted out, with the EE store front unveiled later this year. The Weatherfield store joins over 550 EE stores offering customers with the very best face-to-face service and support.

Mark Trinder, Director of Commercial Sales and Partnerships, ITV said: “The shopfronts in Coronation Street are the pinnacle of Product Placement on British TV and I’m thrilled to have EE’s newest retail store on the cobbles. While we can’t see the full shopfront on-screen just yet, the team are working hard to build it for the ‘opening’ later this year.”

Pete Jeavons, Marketing Communications Director at EE said: “Our retail stores are recognisable on high streets and in communities across the country, offering personal, local service and the best possible customer experience. In fact, 95 per cent of the population is within a 20-minute drive of an EE store. So, it’s with great pleasure that we announce our latest store opening, this time at the heart of one of the most iconic communities on TV – Coronation Street."

First broadcast in 1960, Coronation Street is the longest-running soap on British TV and the most watched soap in the country. Product placement (PP) was introduced in the UK in 2011 and ITV led the way with the very first PP on British screens. In the same year the first peak time product placement was introduced in Coronation Street and since then ITV has brought together brands and programmes with PP agreements across the ITV schedule, launching the biggest ever PP in the soap in 2018.

Laura Wade, VP, EMEA Content and Innovation at Essence said: “We’re proud to have brokered and managed this deal for these two iconic British brands – bringing a recognisable high street EE store to our favourite street.”

EE’s relationship with Coronation Street in the UK goes back to the network’s launch ad spot, which saw Kevin Bacon name check the Rover’s Return and it’s regular, Ken Barlow in 2011. Essence brokered and managed the deal on behalf of EE.