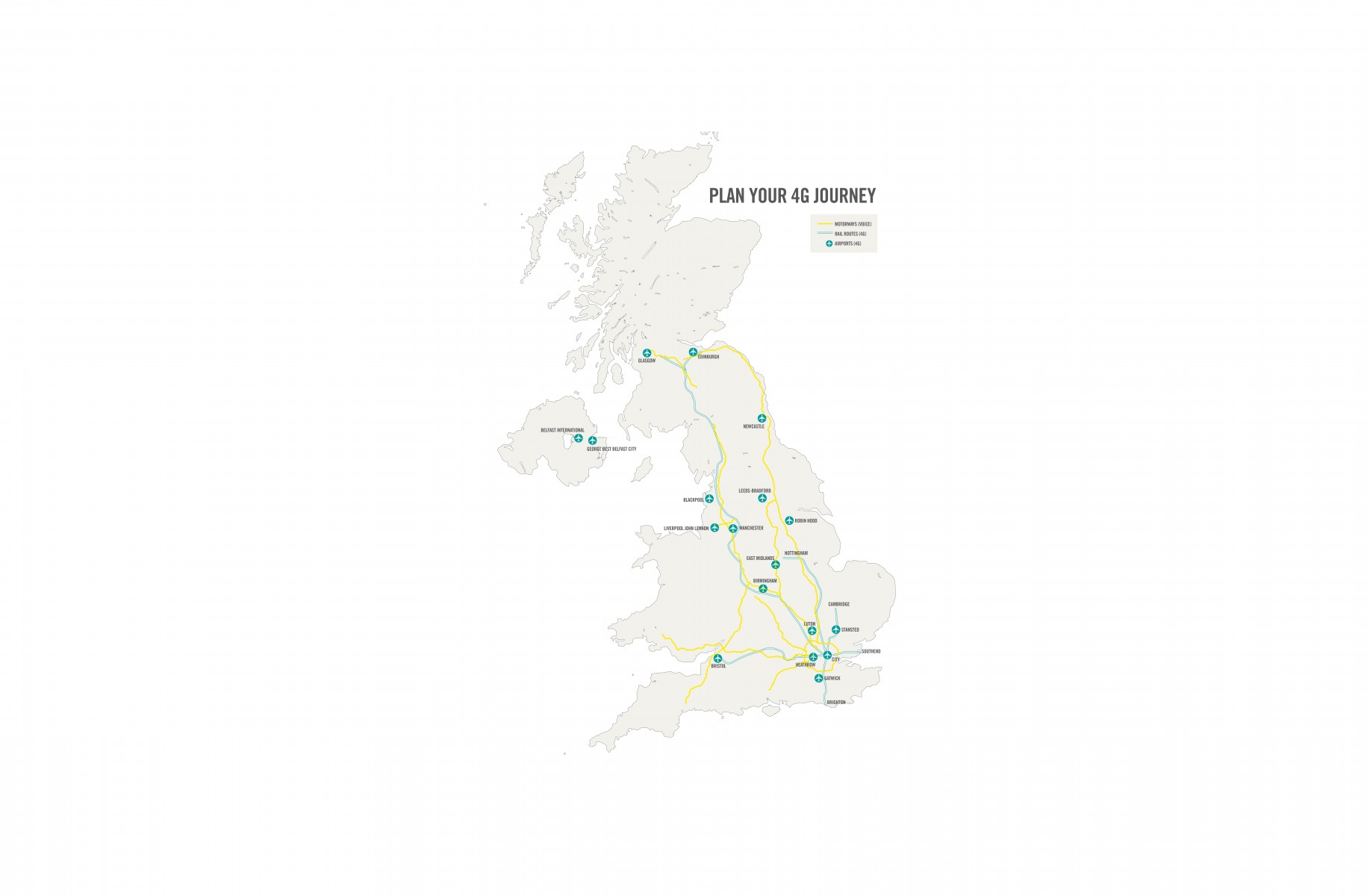 EE today announced the ongoing expansion of its 4G network, covering more towns, more people, and more major transport routes and hubs. As well as investing in bringing superfast 4G mobile data to everyone in the UK, EE is also making sure phone calls are better, improving standards on major rail and road commuter routes this year.

“More towns right across the UK now have access to the country’s biggest 4G network, and more people can use it where they need it most – in airports and on the busiest commuter routes. We are leading the way with 4G, with twice as much coverage as any other provider, connecting more customers in more places. But our network investment in 2014 is not just about giving people faster mobile data – phone calls are still an incredibly important part of the mobile experience, and we’re investing to ensure that people travelling all over the UK can make phone calls in more places and with better quality than ever before.”

Ensuring that UK commuters – who spend an average of more than 150 hours per year* travelling to and from work – can be connected when they travel, EE is also bringing 4G to some of the busiest rail routes this year. The first stage of the 4G rail expansion project will make superfast mobile data available along the line from London Euston to Birmingham New Street; stage two will extend north to Manchester and Liverpool, and south from London Victoria to Brighton; stage three will reach Glasgow by the end of the year, with coverage expanding all the time.

EE is also building a 4G network for passengers travelling to France on the Eurotunnel, set to be complete by late summer.

The focus on airports is part of a programme of activity to switch on 4G and increase capacity in the most heavy usage spots around the country. As well as increasing 4G population coverage, EE is committed to ensuring that the best possible mobile data access is available in the hubs where people need it most – starting with airports, and moving on to train stations and motorway service stations.

As well as making 4G available to more people in more places, EE is also investing in improving the quality of phone calls for people travelling up and down the country. People travelling on the UK’s most popular rail and road routes will have a more consistent and more reliable phone call service this year.

Phone call quality and reliability will also be improved for motorists on the UK’s busiest roads. The M25, M1, M4, M6, M8 and M74 will all be enhanced routes by summer. The M3, M5, M40, A1(M) and M62 will all be covered by the end of the year, giving EE customers a great phone call experience driving on the UK’s most popular routes.

EE has pledged to spend £275 million on call quality and innovation in 2014.