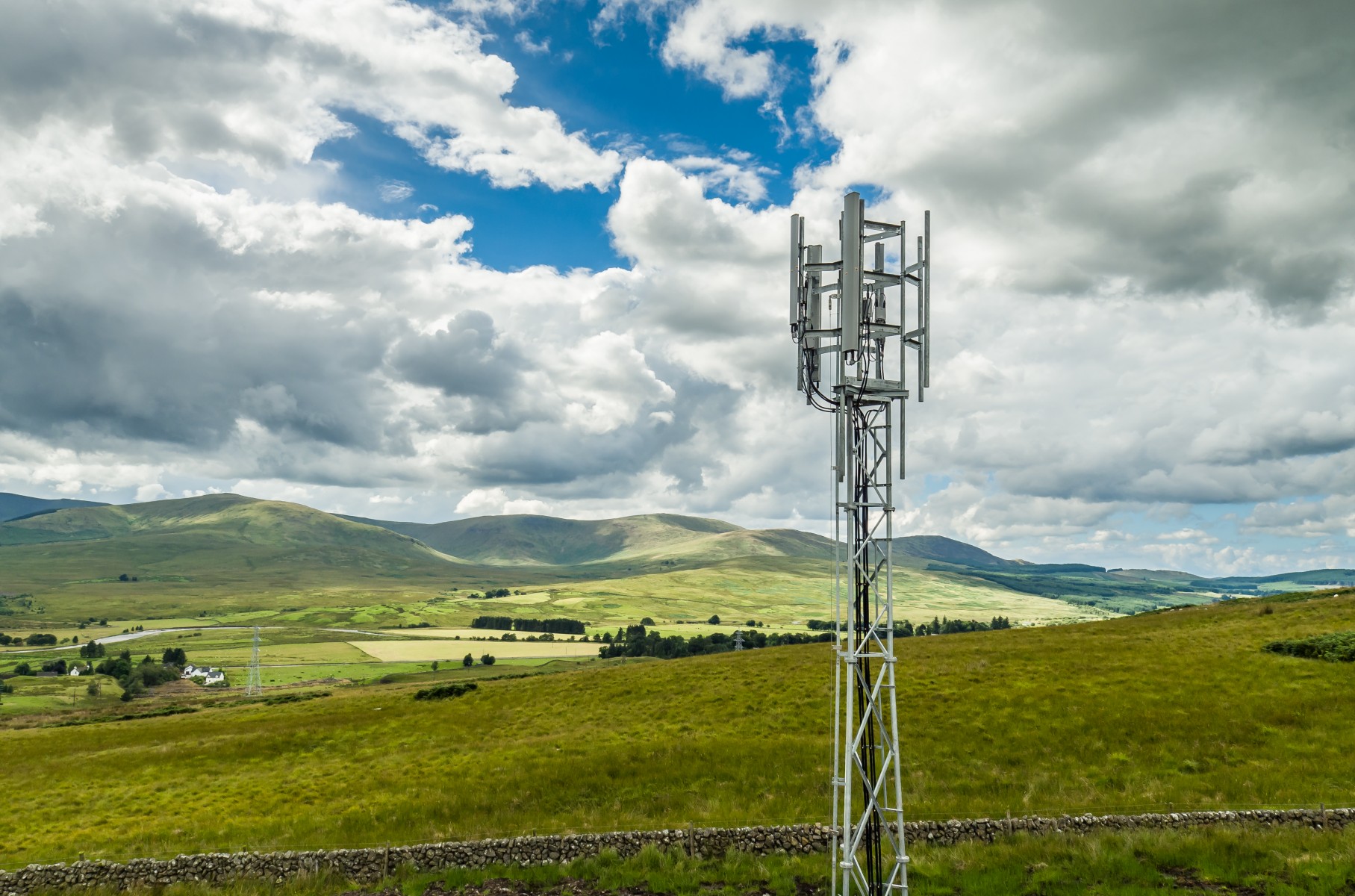 EE 4G mast build in Carsphairn in Dumfries and Galloway

EE, the UK’s largest mobile operator and part of the BT Group, has built its 90th brand new site in Scotland in the last 12 months, bringing 4G to some locations for the first time and now covering more than 75% of the country’s landmass. EE is building a further 200 sites in Scotland in the coming months, as well as upgrading existing sites that currently only provide 2G.

The new sites throughout Scotland are now providing local residents, and visitors, with better quality calls and reliable mobile data. The most recent new sites cover Carsphairn, in Dumfries and Galloway, Loch Tarff and Gorthleck in The Highlands, Lamlash, on the Isle of Arran, Sandwick in the Shetland Isles, and Tarland and Ballogie in Aberdeenshire. Key roads across Scotland are also seeing the benefits of improved coverage, including sections of the A75, A9, A82 and A86.

This is part of EE’s ongoing commitment to connect the most remote parts of the UK, and expand its 4G coverage across Scotland. The new sites, many of which are in areas that have previously not been covered by any operator, also form part of EE’s investment to provide coverage for the new Emergency Services Network, which will connect 300,000 UK emergency services personnel with 4G voices and data services across Britain.

Simon Frumkin, MD of Emergency Services Network at EE, said: “Too much of Scotland has been left behind when it comes to mobile technologies. We’re investing across the country to put that right. We’ve already built 90 sites that are providing coverage for the first time, and there are more than 200 to go – this is going to revolutionise access to the digital economy across Scotland, and it will provide 4G coverage for the Emergency Services Network.”

Most of the new 4G coverage added by EE has focused on bringing mobile connectivity to remote locations, such as Carsphairn in Dumfries and Galloway – an area that has struggled for years with a lack of mobile signal and provides a big challenge to mobile operators when building brand new sites. EE needed to deploy a helicopter to deliver and pour 16 cubic metres of concrete and 18 tonnes of stone for the base, along with 50 individual pieces of the mobile tower and bracings for construction, as the site was too remote to access by land vehicle. The engineers then built the 15m tower by hand, winching each part into place, before scaling it to install the 2G and 4G antennas, connecting the residents of Carsphairn, and visitors to the area, for the first time.

Connectivity Secretary in the Scottish Government, Fergus Ewing MSP said: “I welcome EE’s investment in its Scottish network, which will help meet the sizeable challenge of expanding mobile coverage to rural and remote areas. This investment shows that our Mobile Action Plan is working by creating the appropriate conditions to encourage such investment. Alongside our £25 million Scottish 4G Infill programme, which is currently in procurement, these commitments will expand mobile coverage across Scotland. Although there is still work to do in ensuring good connectivity in rural areas, we are determined to work alongside commercial investors to ensure that everyone has access to 4G coverage.”

EE runs the UK's biggest and fastest mobile network, offering superfast 4G in more places than any other operator after pioneering the UK's first superfast 4G mobile service in October 2012. Today, EE has more than 600 shops across the UK, and EE's 4G coverage extends to more than 90% of the UK’s landmass.