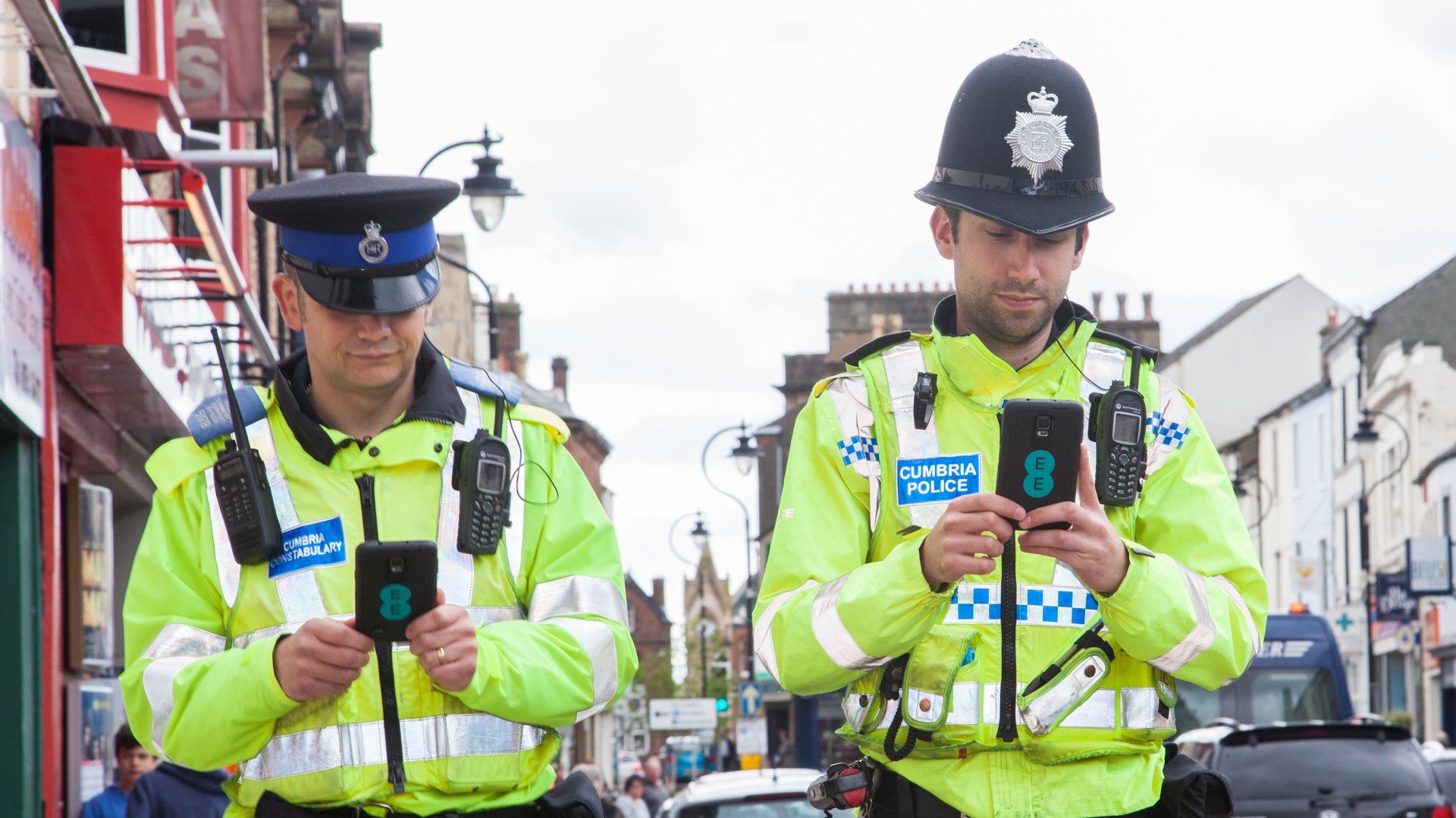 In partnership with EE, the UK’s most advanced digital communications company, Cumbria Constabulary is issuing 4G smartphones to all frontline officers and certain members of other staff. This forms part of a technology investment which will assist with policing duties and enable officers to be more visible in the community.

Officers will use the smartphones running on EE’s 4G network as part of their daily duties, replacing the traditional pocket notebook. The 4G smartphones are equipped with specialised policing apps and services to cut down on administration and assist in tackling crime and anti-social behaviour.

The Constabulary has invested approximately £1.8 million into mobile and digital working. The investment is supported by the Police & Crime Commissioner Richard Rhodes and the Home Office Innovation Fund. This will save the equivalent of £3.3 million over three years, helping to put officers back out into the street, keeping communities safe.

Chief Superintendent Steve Johnson said: “Cumbria Constabulary polices one of the largest geographical areas in England and Wales, which covers difficult terrain. As a result, call and data coverage and communication quality are important factors in mobilising the workforce in order to increase the amount of time officers are able to spend in the community, keeping people safe and dealing with crime.

EE is providing excellent coverage for calls and data in Cumbria and its 4G coverage offers faster speeds and greater quality. The increased mobilisation of our officers involves the completion of documents outside police stations. The EE data super-bundle provides value for money for Cumbria Constabulary, as all officers and staff are able to utilise the data with no wastage and no extra monthly costs.”

Ettienne Brandt, Director of Corporate & Public Sector at EE, said: “Organisations in the public sector and emergency services are increasingly being called on to do more, and connected devices such as tablets and smartphones running on our 4G network can provide a real boost to productivity. Cumbria Constabulary’s innovative use of 4G smartphones and EE 4G to replace the traditional police notepad is not only saving the force money, but it is also helping them spend more time making a difference to the community.”

EE is investing £1.5bn in its network over the next three years, with a particular focus on rural parts of the UK. In January 2015, it launched a ground-breaking new micro network technology in Cumbria to provide voice, as well as 3G and 4G data services to remote areas with no need for broadband or cables. EE’s continued investment will see double speed 4G reach 90% of the population by 2017, with high capacity 4G+ enabled in 20 of the busiest UK cities by 2017.

EE is the largest and most advanced digital communications company in Britain, delivering mobile and fixed communications services to consumers, businesses, government and the wholesale market. EE has approximately 13,000 employees and 548 retail stores, and serves more than 30 million customers across its mobile, fixed and wholesale businesses.