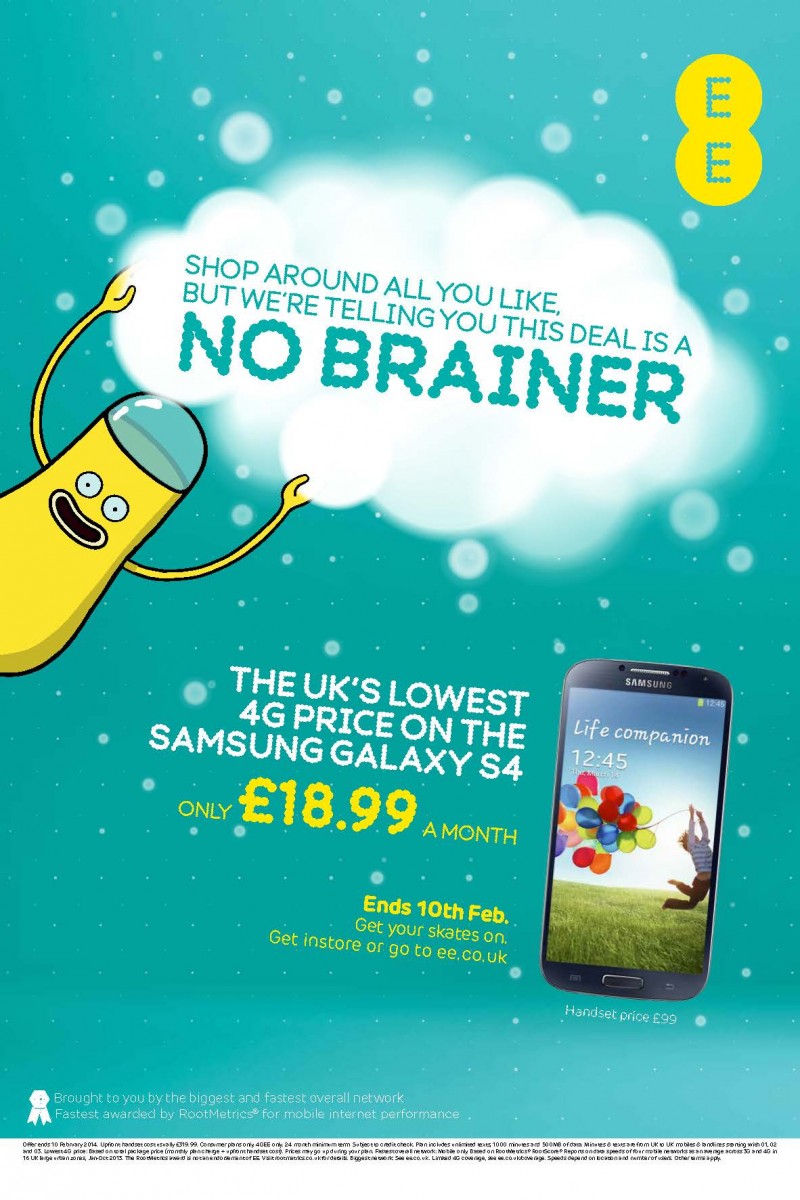 The creative has been designed around a series of some of the UK’s best mobile and broadband deals all available on the UK’s biggest & fastest network, making them an obvious choice or as the ad reveals, a ‘No Brainer’. A new eye-catching character in EE’s signature yellow will be used across all of the new ads to draw attention to the hero deals.

The multi-million pound campaign forms part of EE’s brand focus for 2014 and will feature across press, OOH, digital and radio from today. The first ‘No Brainer’ deal to be announced is the UKs lowest 4G price on the Samsung Galaxy S4 – only £99.99 upfront for the handset and then £18.99 a month for 1000 minutes, unlimited texts and 500mb of data.

Spencer McHugh, Director of Brand for EE,said: ‘EE’s 4G and broadband offering has evolved rapidly since launch to provide fantastic, market-leading deals which offer something for everyone. Our new ‘No Brainer’ creative platform allows us to highlight these compelling offers in a direct, eye-catching format, and will support the wider marketing activity we have planned for this year.”