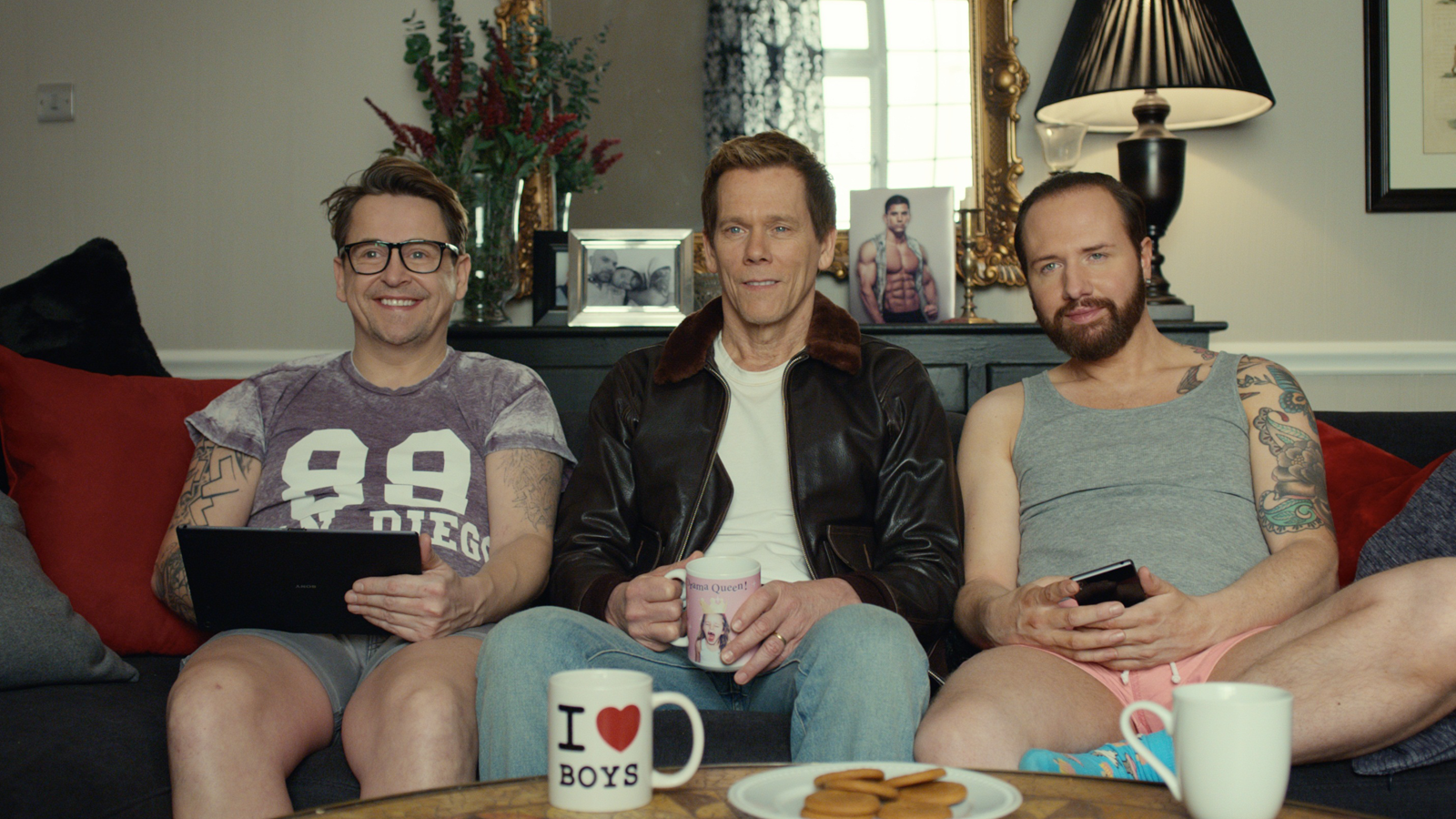 25 February 2015 – EE, the UK’s most advanced digital communications company, has launched its biggest TV campaign since the launch of the brand in October 2012 to showcase EE TV – the UK’s most innovative TV service. The ad sees Hollywood A-lister and face of EE, Kevin Bacon star alongside famous TV-loving duo Christopher Steed and Stephen Webb to demonstrate that EE’s newly launched TV service is the perfect fix for households who often fight over the remote.

The EE TV box enables customers to access the best of live and recorded Freeview, On Demand and Catch up across multiple devices simultaneously. Through the new service, viewers are able to watch, stream or record up to four of their favourite shows on their TV and across up to three additional mobile devices, including smartphones and  tablets, anywhere in the home.

In the ad, Kevin makes an impactful arrival by helicopter landing at Christopher and Stephen’s home in Brighton before joining them on the sofa with a brew to chat about EE TV. Kevin explains that it’s now possible to record four programmes at once, and goes on to demonstrate how you can ‘flick’ a programme from your tablet or mobile onto the TV screen using a swiping motion on the device. Kevin says, “EE call it flick. I call it the nuts”, to which an impressed Christopher replies, “it’s amazing Kev”. The ad finishes with Kevin requesting Christopher’s near-iconic pink shorts as a thank you for bringing EE TV into their lives, before making his dramatic exit via helicopter.

The 40 second ad will air for the first time on Wednesday 25 February during prime time TV including during coverage of the Brit Awards 2015, with an extended 60 second version hosted on EE’s YouTube channel.

Spencer McHugh, Director of Brand at EE, said: “The EE TV box is the perfect solution for busy households with varied tastes in TV allowing users to watch up to four different programmes, in four different rooms, on four different devices all at the same time. This is a major launch for EE and the opportunity to place Hollywood star Kevin Bacon alongside down-to-earth TV-lovers Christopher and Stephen in their now-famous Brighton home was a no brainer to showcase the benefits of this fantastic new product.”