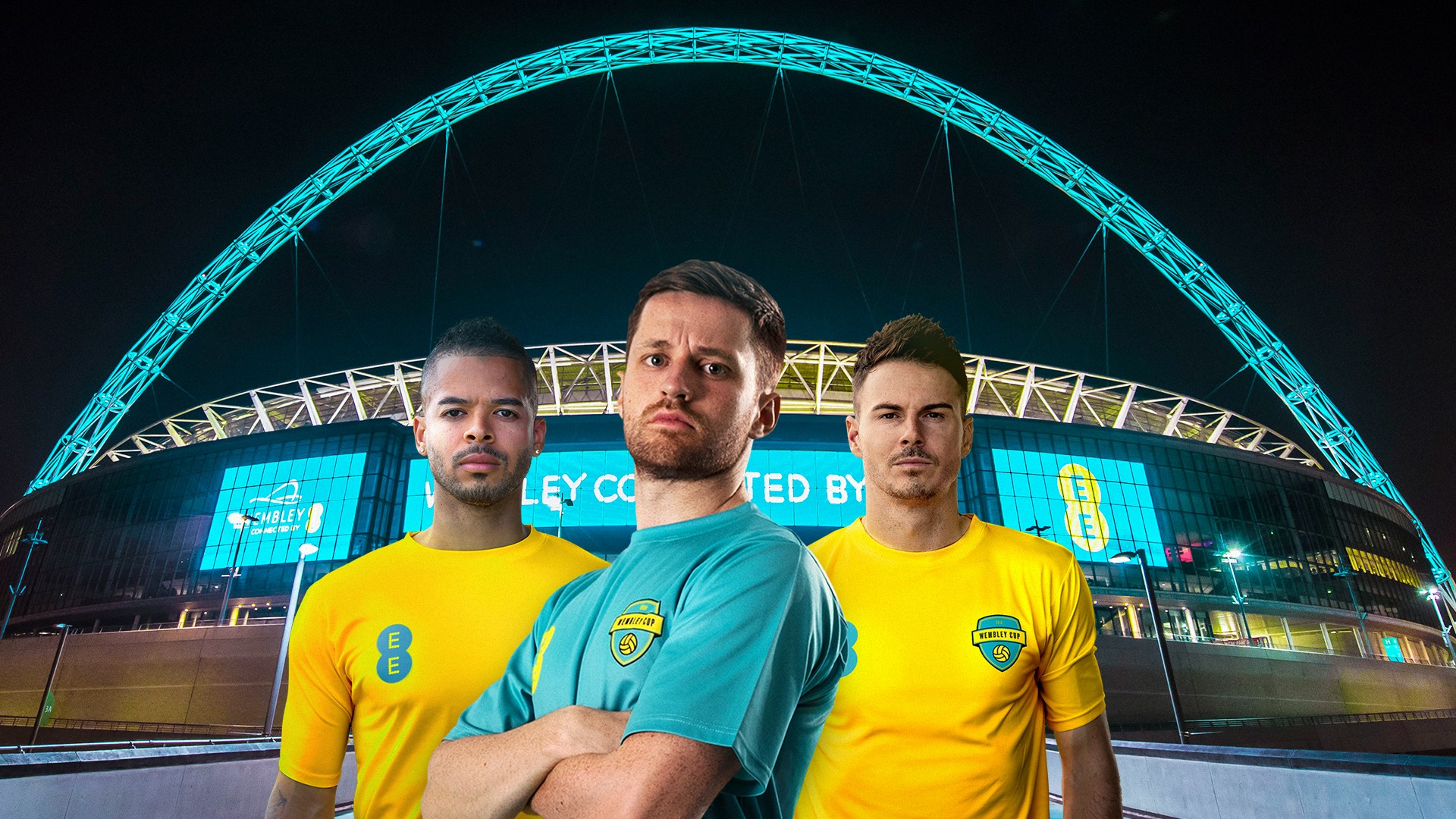 EE is today launching the third series of The Wembley Cup with EE, bringing together YouTube’s top football stars and international football legends for an epic online football series, with a final at Wembley Stadium on Saturday 7th October.

Tickets for the final go on sale today for EE customers, and on Wednesday 9th August for all other fans.

Building up to the final, EE is creating an eight-part series starting in September will follow YouTube footballing sensations Spencer Owen (Spencer FC) and the F2 Freestylers. Last year saw Spencer FC beat Joe Weller’s Weller Wanderers 7-4 in an 11-goal thriller. This year, superstars the F2 Freestylers are building a new super team to take on Spencer FC in a mighty showdown at the nation’s home of football, Wembley Stadium connected by EE, on Saturday 7th October.

Fifteen of YouTube’s finest will be fighting to win places in the F2 Super Team starting eleven by proving themselves in six ‘Super Tests’ – a series of football challenges designed to push their skills to the limit, including precision passing, unstoppable power, and perfect finishing.

The Wembley Stadium showdown will also feature international football legends providing a ‘boost’ to the two YouTube teams, as a celebration of EE’s unique pay as you go Data Boost offer. The legends will be revealed during August.

And 12 super fans will have the chance to show off their skills in the ‘Super Tests’, taking part in the series to help the YouTube teams to win a ‘boost’ from an international legend for their side.

Spencer Owen, founder of YouTube channel Spencer FC, said: “The reaction to the first two series of The Wembley Cup with EE was incredible, so we’re super excited to be bringing it back with EE for a thrilling third season! The amazing football and YouTube talent we have on board, and a packed-out crowd at Wembley, all culminating in another amazing final – it’s going to be the best series yet.”

Max Taylor, MD of Marketing at EE: “With more than 24 million views of last year’s final, the audience for this event is massive and The Wembley Cup has become a huge part of how we activate our partnership with Wembley Stadium. We’re delighted to be working with the people that are redefining the experience for a new generation of football lovers. Tickets are available for all fans, and we’ve made sure that EE customers will have the first chance to get their hands on them.”

The event is not-for-profit, with £2 from every ticket sold being donated to Sport Relief, who bring together the entire nation to get active, raise cash and change lives. Their work helps people both here in the UK and the some of the world’s poorest communities.

Tickets go on general sale from Wednesday 9th August for £15, with no booking fee. EE customers can get theirs hands on tickets from today, Monday 7th August, for just £10. Just text* WEMBLEY to 141 to receive an EE booking code.

The full YouTube series can be viewed on Spencer FC’s YouTube channel and on EE’s official website, ee.co.uk/WembleyCup. Two episodes will be released each week during September in the lead up to the grand final on Wembley Stadium’s hallowed turf at 3pm on Saturday 7th October. Further player announcements, news and other content will be distributed on EE social channels from this week and those following the series will be encouraged to show their support online by using #WembleyCup.

The Wembley Cup series, with ‘boosts’ from international football legends, will celebrate the EE PAYG Data Boost offer. With Free Boosts, EE customers buy a pay as you go pack each month, and every three months they can grow their allowance by 500MB at no extra cost. So if a customer’s pack’s data allowance is 500MB, it will grow to 1GB after three months, 1.5GB after six months, 2GB after nine months and so on – all for the same price.

EE is the lead partner of Wembley Stadium – working to make Wembley the most connected stadium in the world. Since the partnership kicked off in 2014, EE has introduced many technological advancements to the stadium including delivering a significant network upgrade to more than double 3G and 4G capacity, ensuring fans can stay connected during events, as well as working with the Wembley team to deliver the first official Wembley app.

For more information about The FA and Wembley Stadium, please visit www.wembleystadium.com

EE runs the UK's biggest and fastest mobile network, having pioneered the UK's first superfast 4G mobile service in October 2012 and was the first European operator to surpass 14 million 4G customers in December 2015. EE has more than 550 shops across the UK. EE's 4G coverage extends to 80% of the UK’s landmass (equal to more than 99% of the UK population) and EE plans to extend 4G to 95% geographic coverage by 2020.

Sport Relief bring together the entire nation to get active, raise cash and change lives. Their hard work helps people both in the UK and the some of the world’s poorest communities. Look out for the week of Sport Relief 17th-23rd March 2018. You can find out more about the great work they do here http://www.sportrelief.com