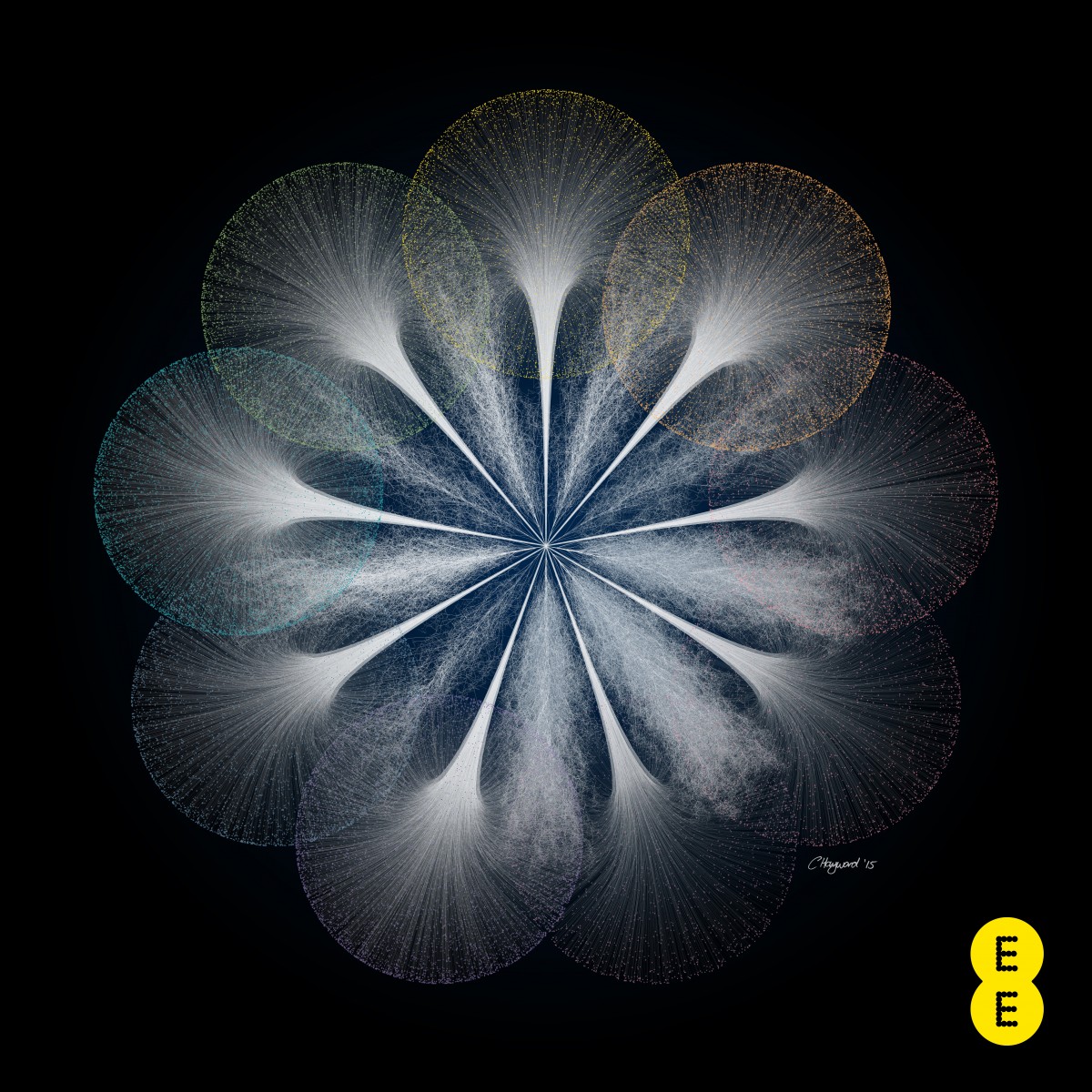 EE, the UK’s most advanced digital communications company, has announced it is the first European operator to surpass the 10million 4G customer landmark. To mark the occasion, EE has released its latest 4GEE Mobile Living Index, which has analysed EE’s 4G mobile data use and customer trends since early 2013.

The increase in data is being fuelled by video and social media (now representing 51% of data on the network), as well as by new industries and sectors looking towards mobile connectivity to better serve businesses and consumers.

The EEMLI shows a 63% rise in the use of health-related apps on the network since August last year, as more reliable connectivity encourages people to use their phones in new ways:

For the first time on the EE network, total 4G traffic has now passed 3G traffic as coverage reaches new places. Rural areas are benefiting significantly. Since the introduction of 4G, data usage in rural parts of Scotland has increased 60%, usage in rural Wales is up 50%, and data in the South West of England is up 49%.

Olaf Swantee, EE’s Chief Executive Officer, said: “EE pioneered 4G in the UK and we’re determined to keep the country at the forefront of innovation. We were the first to launch 4G+, and the first to introduce WiFi Calling in the UK. We are bringing our 4G network coverage to where it is needed most – enhancing the quality of life of people who live in the most rural and underserved parts of the country. Our network advances have truly unlocked the power of the mobile internet, so much so that customer usage is doubling and we predict our 4G network, built for capacity, will comfortably handle more than an Exabyte of data per year by 2018.

“People are using 4G to change how they live and work, and one of the most exciting areas to watch is healthcare, which looks set to be transformed by access to superfast 4G.”

Other key findings from the 4GEE Mobile Living Index include:

To celebrate the 10million customer milestone, EE has commissioned digital artist, Colin Hayward, to design a series of unique images representing a day of 4G data activity across the EE network, based on the EE Mobile Living Index.

From social media, video streaming and web browsing to gaming, instant messaging and mapping – the flower illustrates the millions of everyday mobile interactions enabled by 4G, while the roots capture the huge volumes of data used across the network.

10 limited edition prints will be given away over EE’s social media channels this month to mark the 10million milestone.

Overall Traffic on the Network:

Each of the ten pieces of art illustrate ‘a single day in the life of EE’s 4G network’, using different categories of data usage from the latest 4GEE Mobile Living Index. The Mobile Living Index shows there’s a huge volume of data travelling through EE’s network to its customers, which means millions of customers are performing millions of activities each day and digital artist, Colin Hayward, has reflected this by showing how the volumes of data translate into real world actions.

Each point on a sphere/flower represents a given number of actions, or activities, performed on the network (e.g. 50 map loads).  Because customers can be anywhere when they perform these actions, the location of each point is selected randomly.  Each of the points is fed by the data in the root element, so the lines of data flow from the source, through EE’s 4G network to its customers.

The root-like element represents the volume of data being consumed. The sources of this data are wide and varied, both in terms of type and geographic or network location, so the artist has chosen to create the illustration using a recursion based technique.  Each change of direction in the vertices represents a given amount of data (e.g. 100MB). The more data there is the more complex the root system becomes.

EE is the largest and most advanced digital communications company in Britain, delivering mobile and fixed communications services to consumers, businesses, government and the wholesale market. EE has approximately 13,000 employees and 548 retail stores, and serves more than 30 million customers across its mobile, fixed and wholesale businesses.