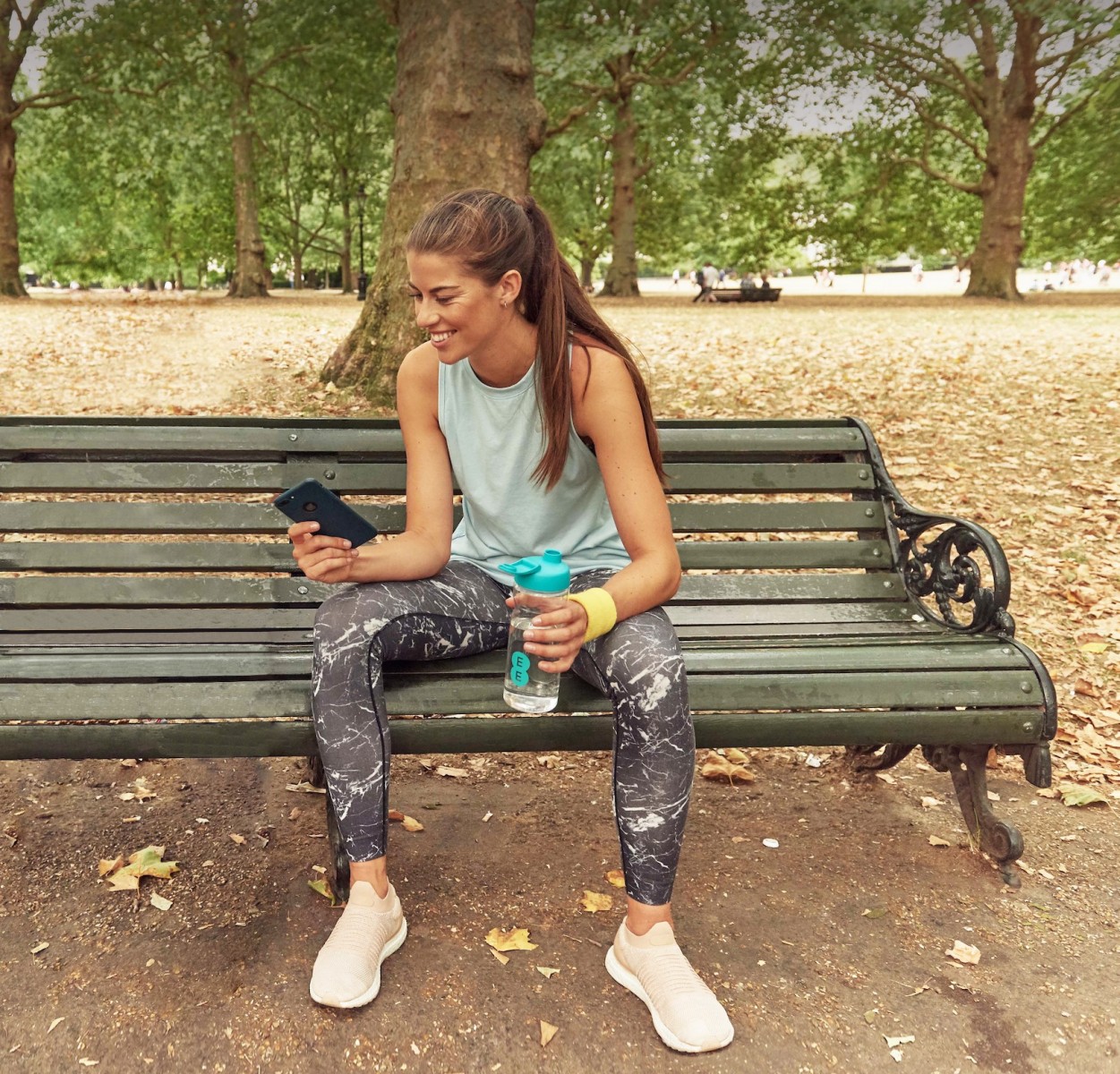 EE today released its Mobile Network data report from February to May 2020, tracking the changing trends and habits of the UK’s most used apps and services throughout lockdown.

The increased use of communications apps and services across the UK has caused a shift in EE’s busiest sites, with usage moving from cities to suburban areas as the nation continues to stay at home. Stevenage, a popular London commuter town, experienced the biggest spike, with a massive 120% increase in data usage for communication apps due to people working from home, followed closely by Hereford, with a 118% increase. Whilst these changes are unprecedented, this is all well within the capacity of the network.

Central London, however, saw a large decrease of 58%, as much of it closed for business, with nearby residential areas climbing the list of busiest counties.

Marc Allera, CEO of BT’s Consumer Division, said: “Lockdown has clearly driven huge changes in the way our mobile network is being used. A 45% increase in traffic for communication apps like WhatsApp, Houseparty, Skype and Teams demonstrates the importance of staying in touch with friends, family and colleagues, while it’s also interesting to see how Network traffic is visibly shifting from cities to suburban areas. Fitness apps are seeing big spikes in data usage as we exercise outside more and online supermarket orders spiked massively in the early stages, and are now returning to a new ‘normal’. What’s clear is that the role of a highly reliable high speed mobile network has never been more important to our customers, and I’m pleased that the EE network continues to deliver a great performance even in these tough times.” 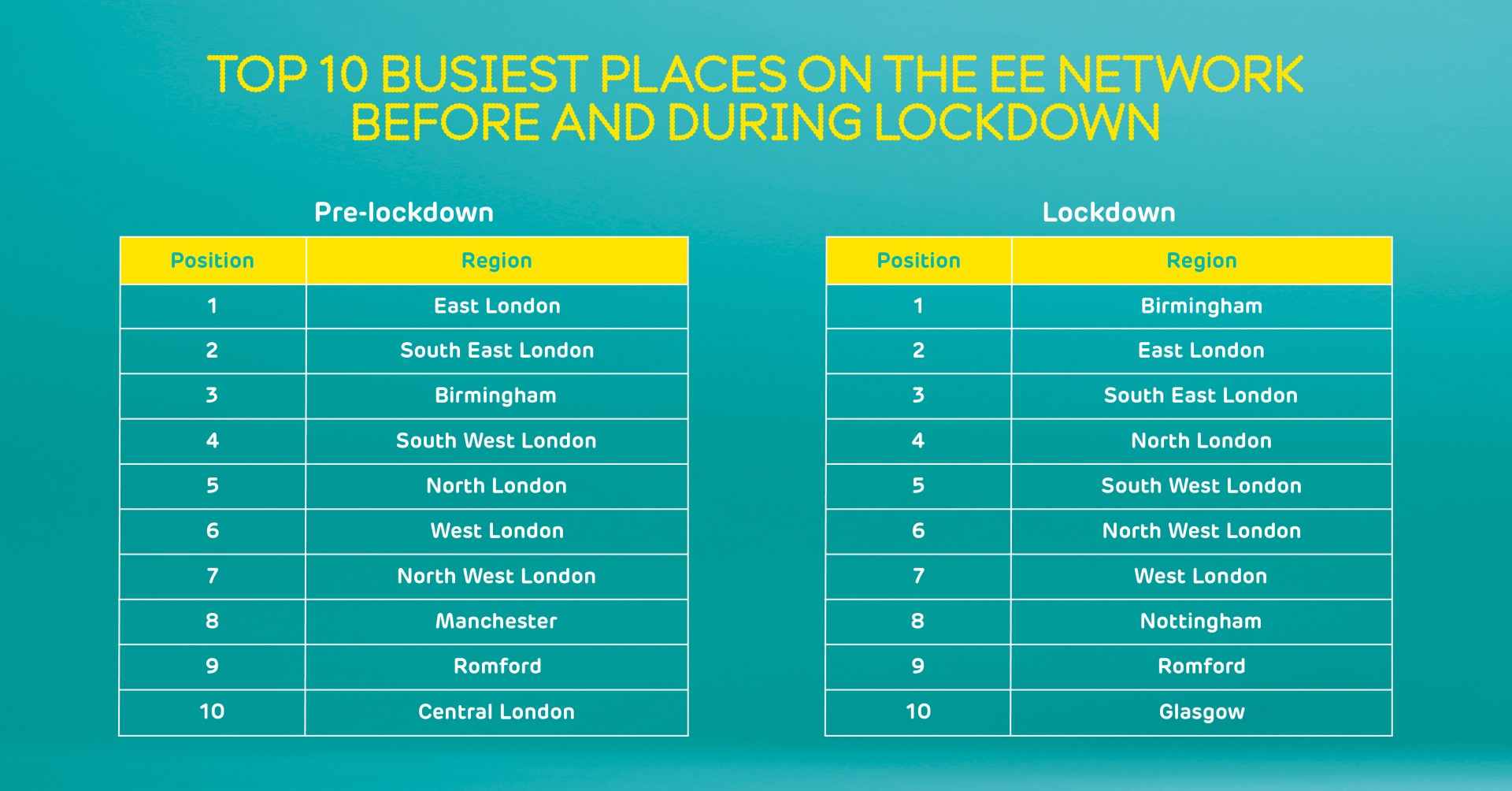 With people unable to visit friends and family, as well as many people working from home, communication traffic on EE’s mobile network has seen a huge increase. Zoom users on EE’s network increased five times during lockdown compared to earlier this year, and total data use on the platform has more than doubled. Social evening activities with friends and family have seen the daily peak usage shift from during the workday to 8pm. This increase, along with the use of other communication apps such as Houseparty, WhatsApp, Skype and Teams has resulted in a 45% increase in traffic for communication apps across the EE Network. 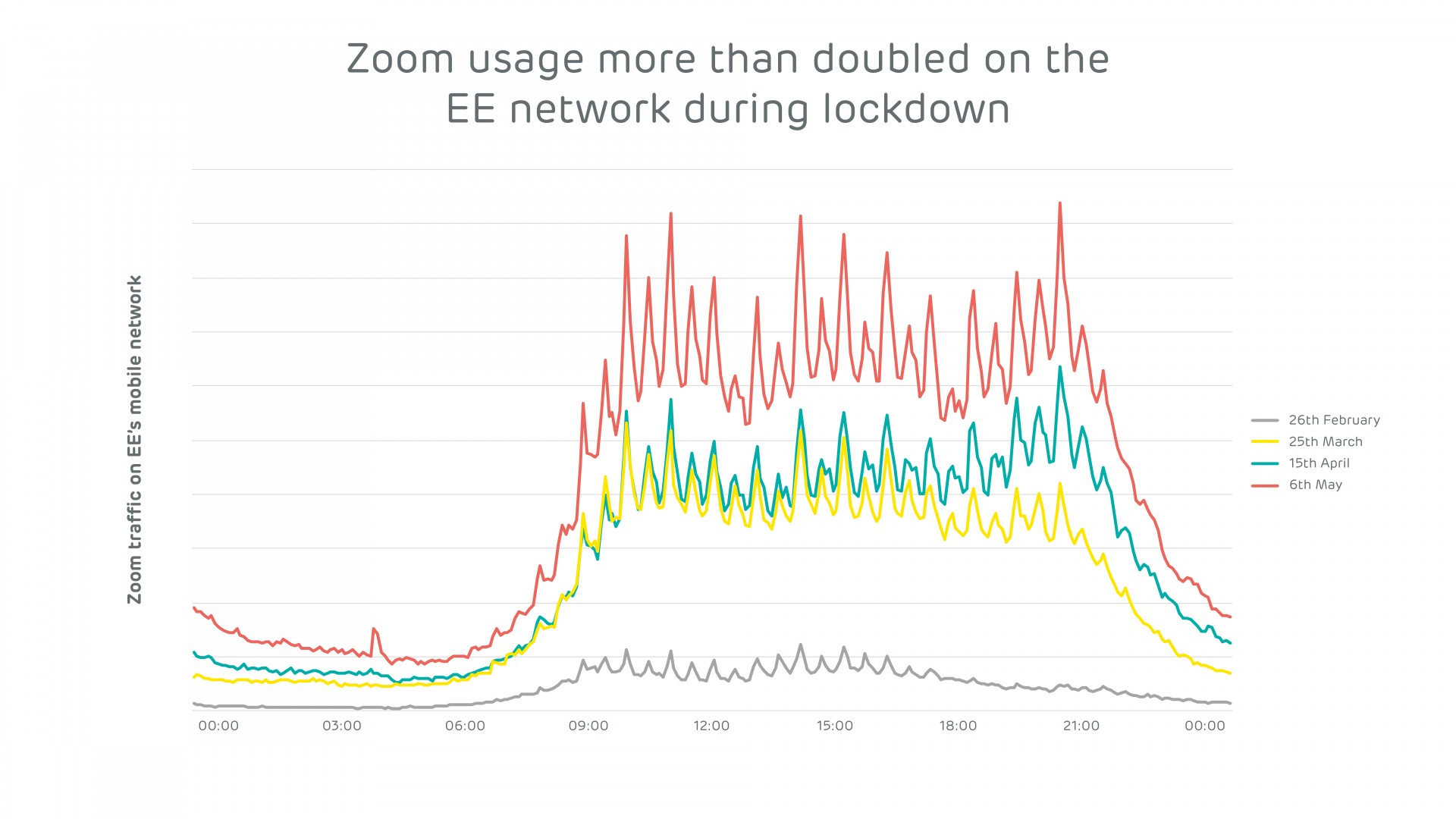 Voice calls on EE’s network have surged in popularity. Voice calls lasting for more than five minutes on average have doubled, with overall voice usage increasing by 45%, well within the capacity of the network.

When looking at social platforms, the closure of schools has resulted in a change in TikTok activity compared to pre-lockdown. EE’s network usage shows the loss of morning and post-school spikes as users log on to the platform throughout the day instead. 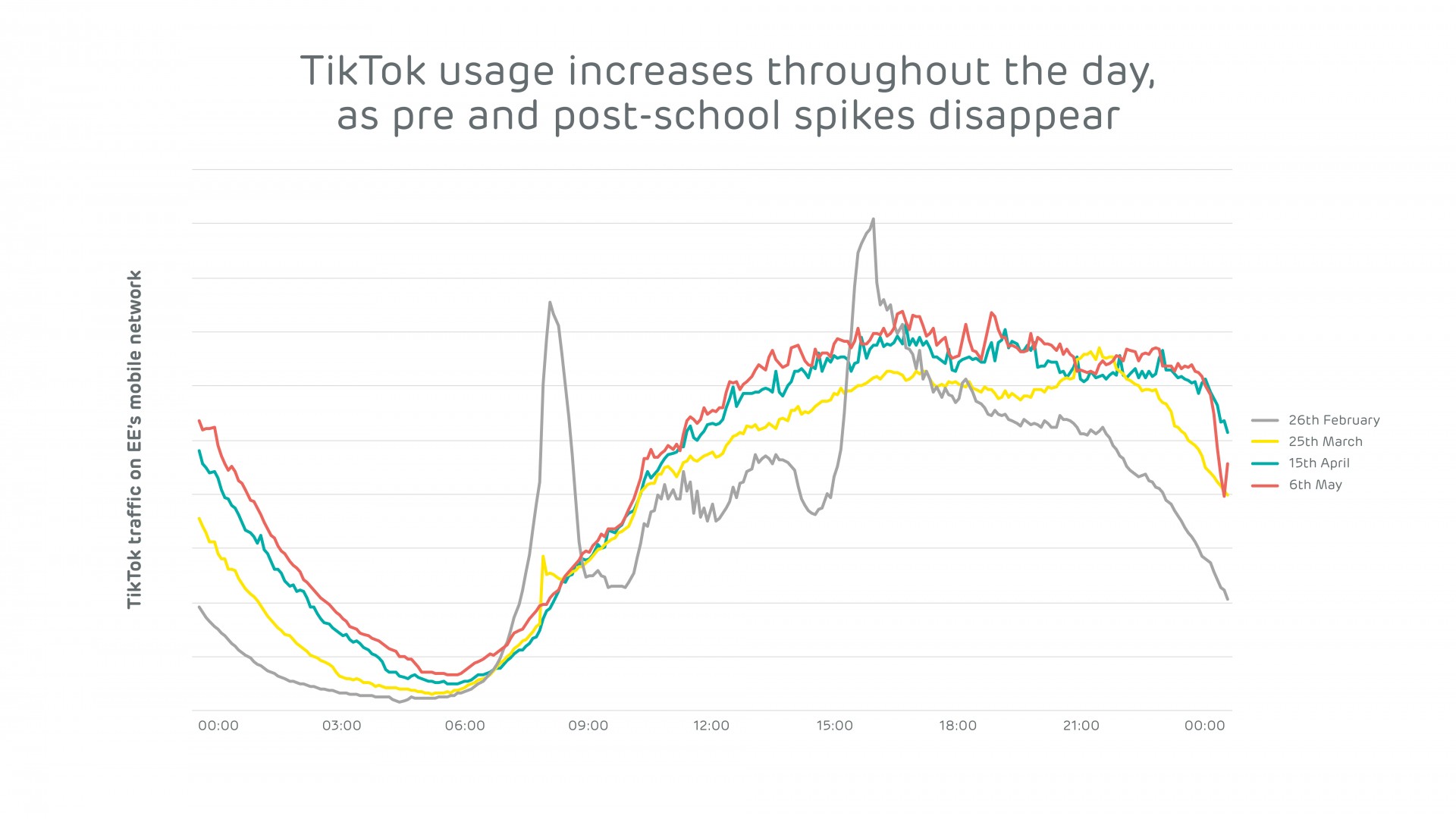 As day-to-day movement became limited in lockdown, exercise and outdoor activity have formed a key part of the nation’s day. The Strava fitness app has seen both user count and data usage more than triple compared to pre-lockdown figures, as people record their fitness achievements throughout the lockdown period. 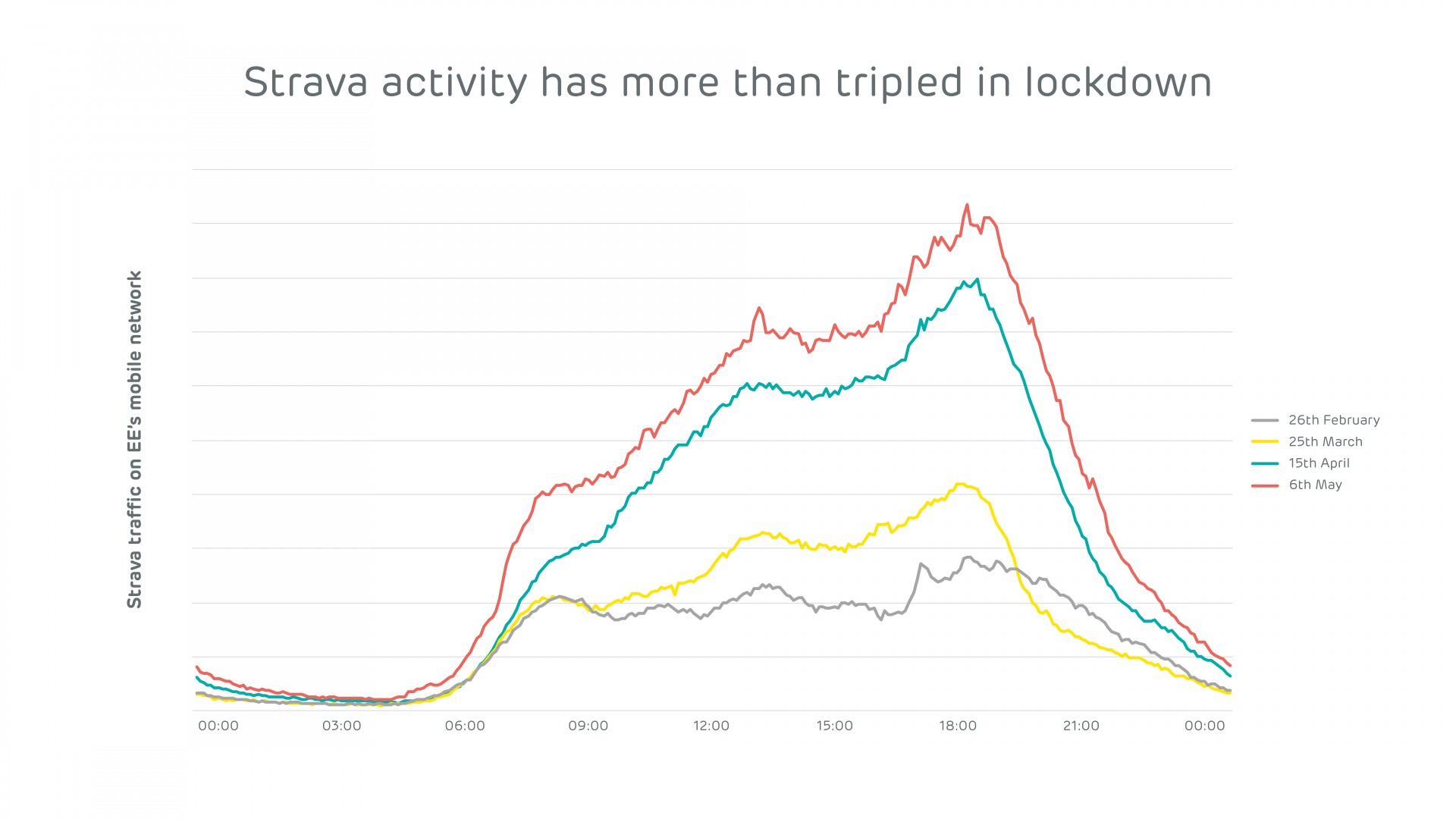 MapMyRun data usage has also doubled, with the great weather and gym closures encouraging people to head outside for a run for their daily exercise. With working from home habits also impacting how we exercise, the pre-work morning spike has now disappeared and more people head out at lunchtime or after work. 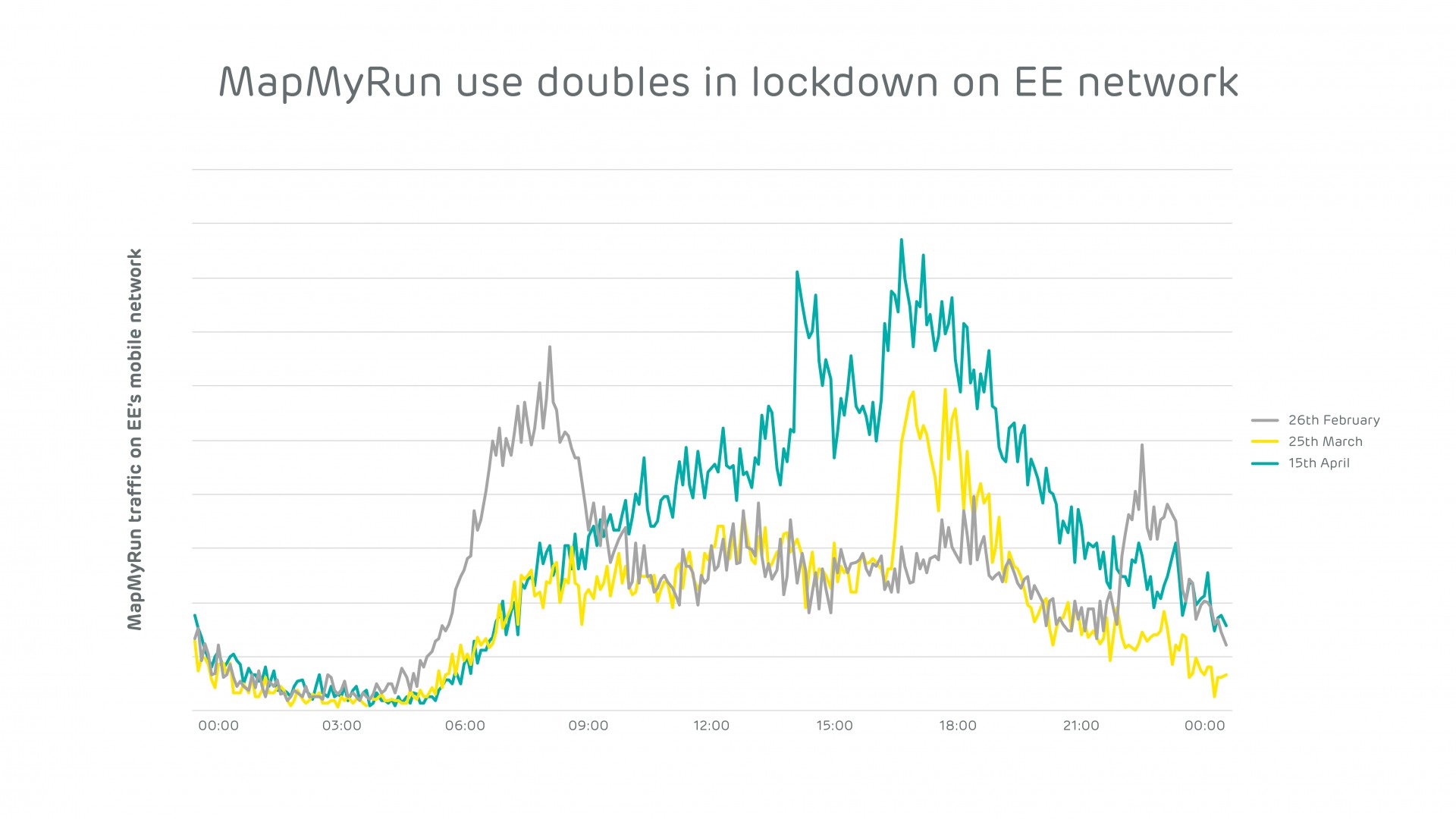 Fitbit usage on EE’s mobile network on the other hand has fallen sharply, as the UK’s overall movement throughout the day has decreased; particularly with far fewer people making a daily commute. 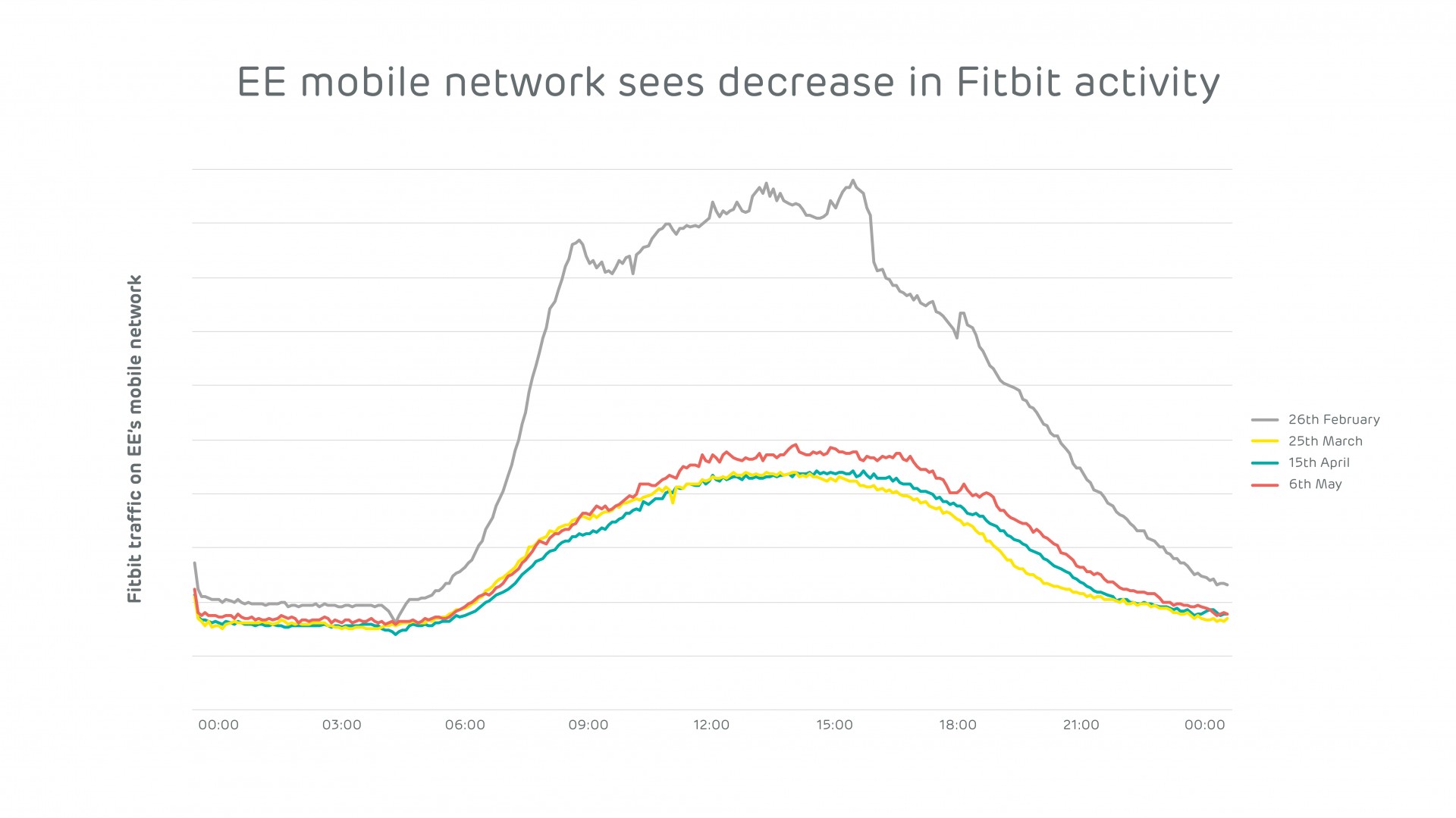 The start of lockdown and fears of empty shelves caused online supermarket orders for Tesco, Sainsbury’s and Waitrose to spike dramatically in March, as queues and risk of illness deterred people from shopping in person. But while restrictions on food shopping have continued, the nation’s shopping habits have relaxed to a more ‘normal’ level in April and May, with panic buying coming to an end. 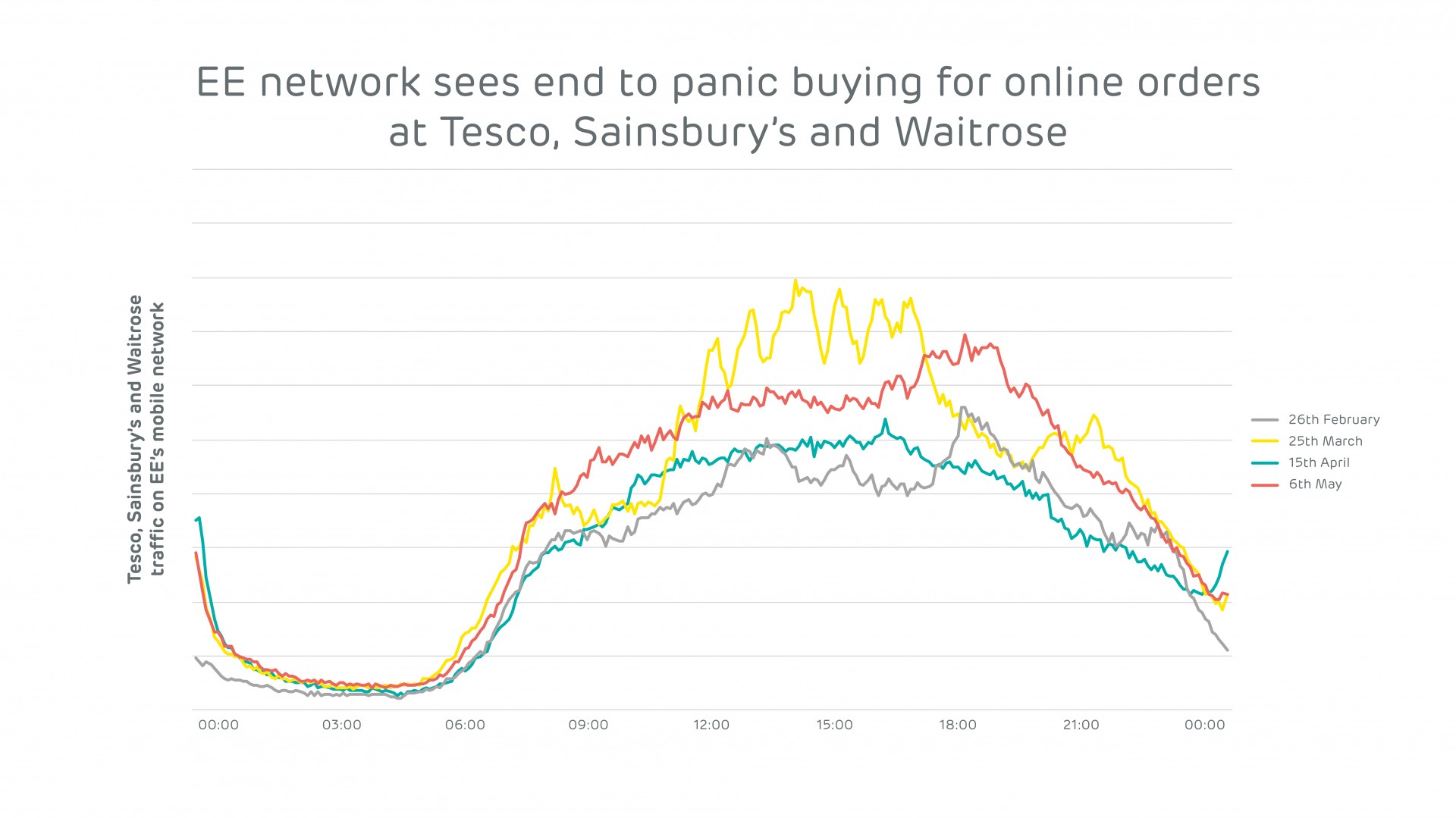 With the closure of restaurants, and hygiene concerns affecting purchasing decisions towards the start of lockdown, takeaway orders initially decreased, with Deliveroo usage experiencing a drop-in activity. However, in April the UK tired of at-home cooking and Deliveroo orders soared to an all-time high, with data usage spiking higher than pre-lockdown. 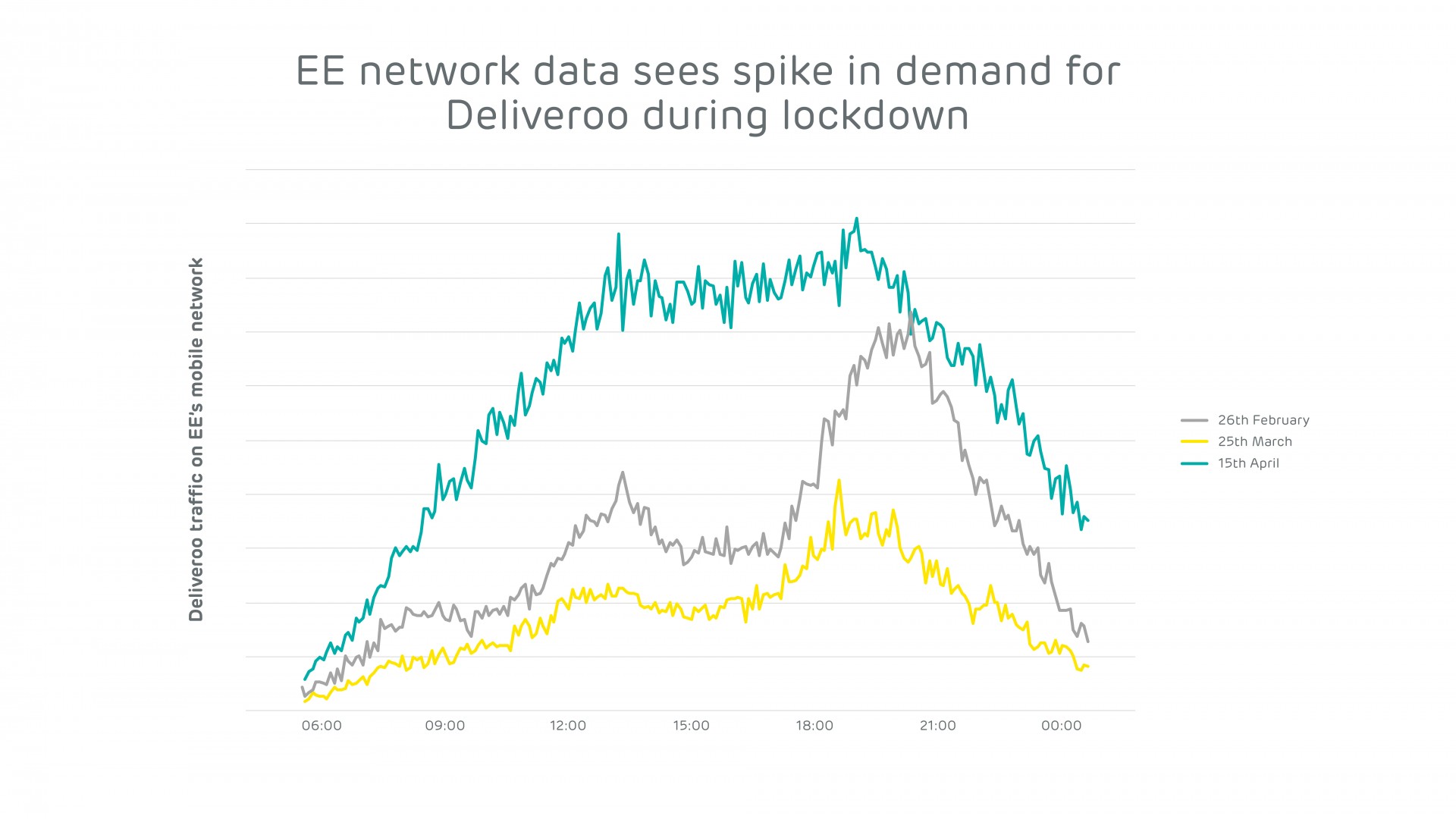 With the government’s stay at home order limiting travel across the country, EE’s network has seen a huge decline in travel app usage. Citymapper use during lockdown has nearly dropped off completely, with no commuter spikes at the start and end of each day. The return to work for some in May has caused a small increase in data usage of the app, and the start of commuter peaks re-appearing, but still well below pre-lockdown levels. 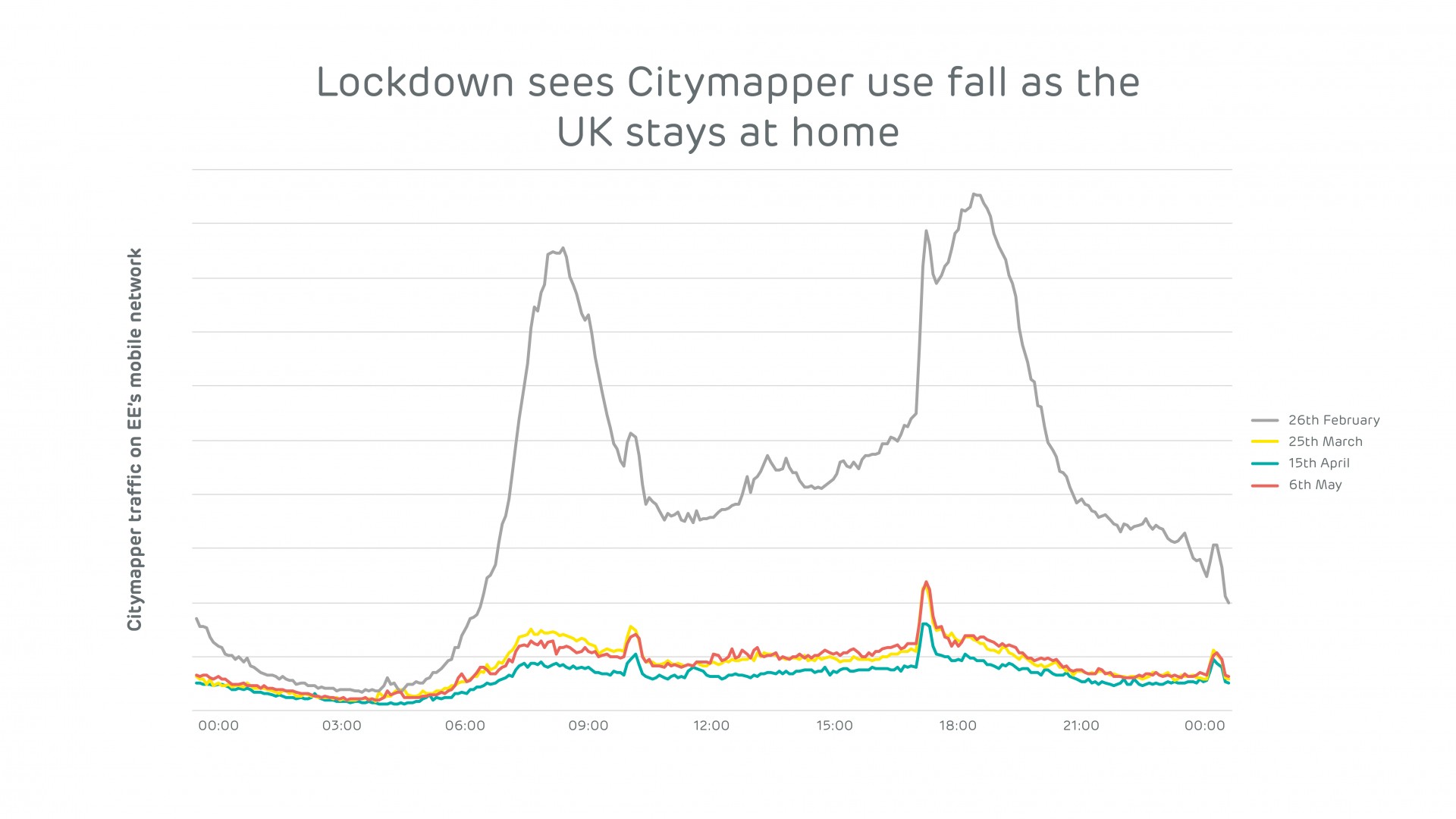 Ride hailing apps, Uber and Kapten, have also seen a decrease in lockdown. A peak in usage was seen just after the government announced lockdown, as people avoided public transport to travel to destinations, but the overall trend remains much lower than earlier in the year. May has shown a slight rise in use of these apps, as some people return to work while avoiding the use of public transport. 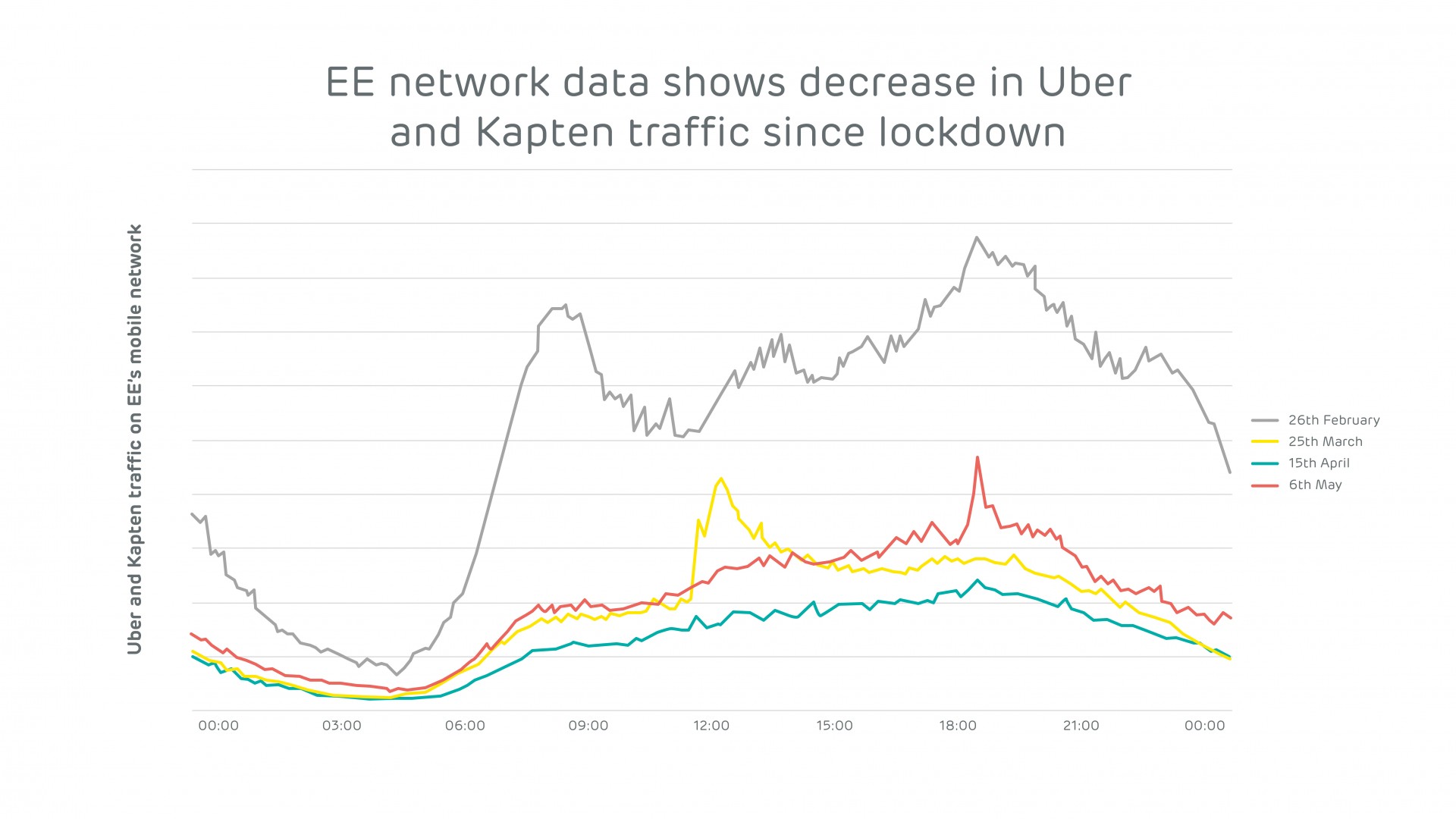