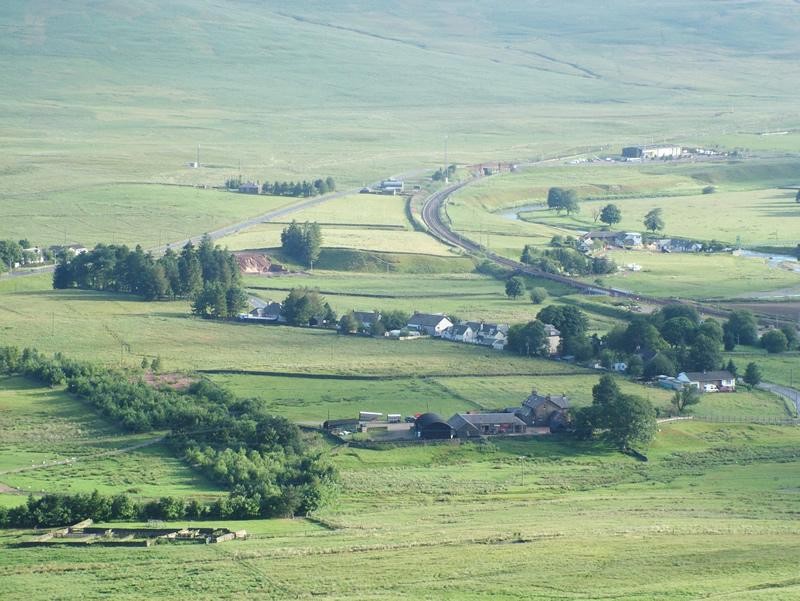 Elvanfoot in South Lanarkshire, the smallest place connected by EE. Image from the Elvanfoot Residents Association.

Thursday 8th January, 2015 – EE, the UK’s largest mobile operator, added a record 5.7million customers to the 4G network in 2014, with 1.7 million in the last two months alone. This beats the 6 million year-end target, and means EE has added more 4G customers than any other operator in Europe.

In addition to this significant customer growth, EE continued to drive record network expansion across the year, as well as introduce more accessible 4GEE plans, including the launch of £1 pay as you go packs, and introduce high-spec but low-cost 4G devices such as the EE Kestrel. Many new 4G customers have upgraded from Orange and T-Mobile plans to get the extra benefit of the country’s fastest 4G network.

In 2014 EE added 350 more cities and towns, with more than 200 added in Q4 alone, bringing the total to 510 covered UK towns and cities with populations of 10,000 and above. 4G from EE now covers more than 80% of the population and is on target to reach 98% by the end of 2015. Towns recently switched on include: Hastings, Worthing, Worcester, Scunthorpe, Crewe, Rugby, Bognor Regis, Stratford-Upon-Avon, Bangor and Llandudno.

With an increasing focus on more rural areas, EE also added more than 1,000 villages and small towns in the last few months of 2014, taking the total to 3,894 villages and small towns covered, many of which now have access to superfast broadband for the first time. The smallest connected place is Elvanfoot, a village of 52 residents in South Lanarkshire.

Six times more 4G data was uploaded and downloaded by customers in 2014 than in 2013. Traffic was driven by customers sharing selfies and videos on Twitter, Facebook and Instagram, and streaming video from the likes of BBC iPlayer, YouTube and Sky Go.

EE doubled available capacity across the entire 4G network in 2014, and is introducing 4G+ in London and the UK’s busiest areas this year to support more users and maintain industry leading 4G speeds.

2014 was a year of peaks on the 4G network, with major sporting, musical and social media events driving the most usage.