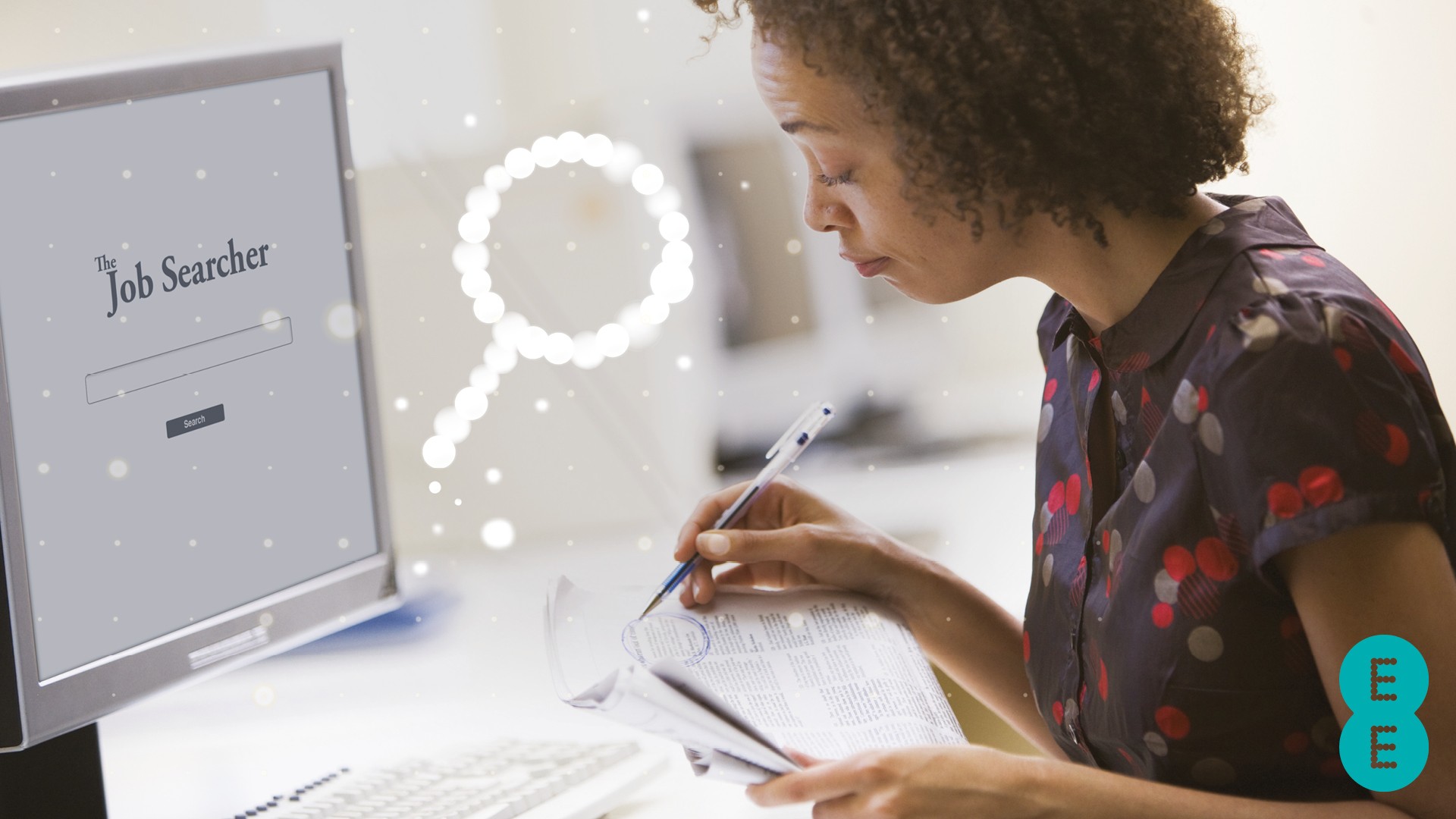 New research released today highlights the importance of connectivity and everyday technology when it comes to securing employment.

The poll* of 1000 job-seeking UK adults commissioned by EE, the UK’s most advanced digital communications company, reveals that 95% of unemployed Brits believe they’ll struggle to get a job without basic internet skills.  Furthermore, a third of those that are unemployed feel they are falling further behind with the latest technology because they are out of work.

85% of those who took part in the research also believe internet access speeds up the process of job-hunting and 81% identified exploring websites as the most popular way to support the search for employment.

In a bid to help people build their confidence when it comes to today’s technology, EE has partnered with Jobcentre Plus and the Royal Voluntary Service to hold National Techy Tea Party Day across more than 500 stores nationwide on Tuesday 8th September.

More than 2,500 EE employees and volunteers will be on hand between 9.30am and 11.00am to offer support with basic digital skills, including demonstrating how technology can help when searching for job vacancies, applying for jobs directly online and when accessing important online services and resources.

Stephen Harris, Chief Corporate and Strategy Officer at EE, said: “Our research has highlighted that the impact of digital exclusion stretches much further than simply missing out on what friends and family are posting on social media or watching a funny animal video.  Online skills are more crucial than ever, not only in securing a job but finding one in the first place.  In fact 95% of those looking for work believe they won’t get anywhere without online skills.  That’s why our Techy Tea Parties offer the perfect informal environment for anyone looking to boost their online skills whether it’s to help find that dream job or to learn how to tell friends and family about it on Facebook!”

Employment Minister Priti Patel said:  “Every day, Jobcentre Plus staff up and down the country are helping jobseekers gain the digital skills that modern businesses need.  As part of our one nation government, we want to do even more to support people to build a career and achieve their full potential.  That’s why Jobcentre Plus is supporting initiatives such as EE National Techy Tea Party day, so that more people have the right skills to find a job and stay in work.”

EE National Techy Tea Party Day is an evolution of the company’s desire to help people get connected and is further reinforcement of EE’s commitment to improve essential digital skills of people all across the country.

People who sign up to attend an EE National Techy Tea Party on 8 September are invited by EE to bring along the device they want to learn more about such as a mobile phone, tablet or laptop.  EE staff will help them get to grips with everyday technology as well as teaching basic online skills in an informal setting over a cup of tea provided by campaign partner Tetley.

EE has been committed to improving digital skills since the brand launch in 2012 and is a founding partner of Go ON UK – the UK’s leading digital skills charity.  The Techy Tea Party campaign has already won the Prime Minister’s Big Society Award for its influence in boosting digital literacy and its success with helping local communities overcome their tech challenges.

Registration opens today and anyone interested in attending a Techy Tea Party can visit any EE store or go to ee.co.uk/techyteaparty

*EE commissioned independent research with One Poll of 1,000 UK adults who are unemployed or have been unemployed in the last five years - July 2015