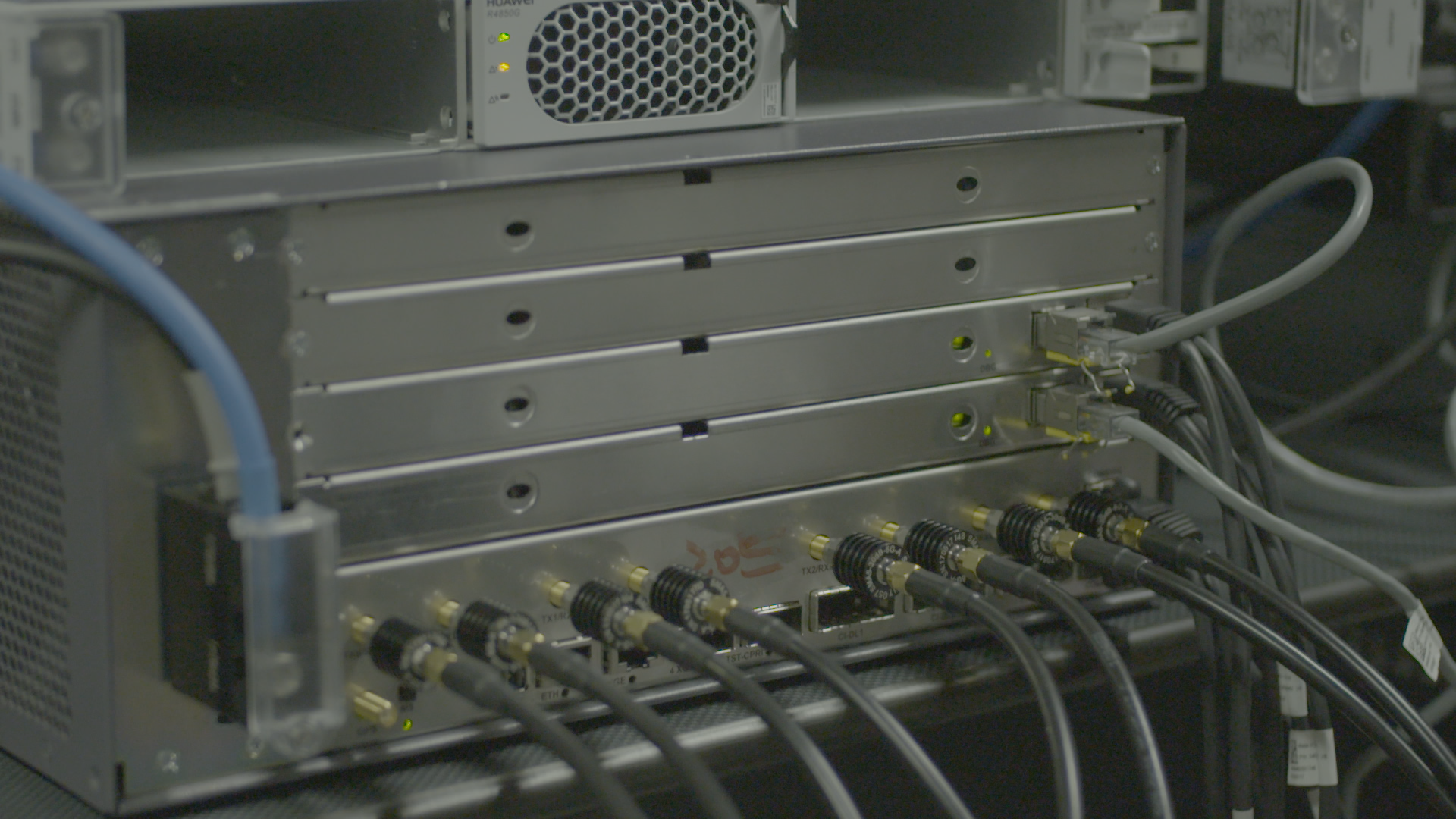 A ‘Test UE’ in the EE mobile lab – by 2020, this will be a superfast 5G smartphone in your pocket

The latest 5G breakthroughs are on show at the Huawei Global Mobile Broadband Forum, taking place 15 and 16 November, 2017.

“We’re using our experience in cutting edge 4G technologies and our dedicated partnership approach to ensure technology leadership in 5G. The network architecture we’ve proven today is a huge step forward, and will drive our ambitious rollout timetable to be first for 5G.”

EE’s 5G architecture is aligned to Option 3 of 3GPP Release 15, due to be finalised next month and formally ratified in April 2018. 3GPP Release 15 will be the first official, global standards for how 5G will be built.

The 5G firsts have been achieved by the EE and BT engineering teams working in strategic partnership with Huawei.

EE runs the UK's biggest and fastest mobile network, having pioneered the UK's first superfast 4G mobile service in October 2012 and was the first European operator to surpass 14 million 4G customers in December 2015. EE has more than 550 shops across the UK. EE's 4G coverage extends to more than 85% of the UK’s landmass (equal to more than 99% of the UK population) and EE has an ambition to extend 4G to 95% UK geographic coverage by 2020.