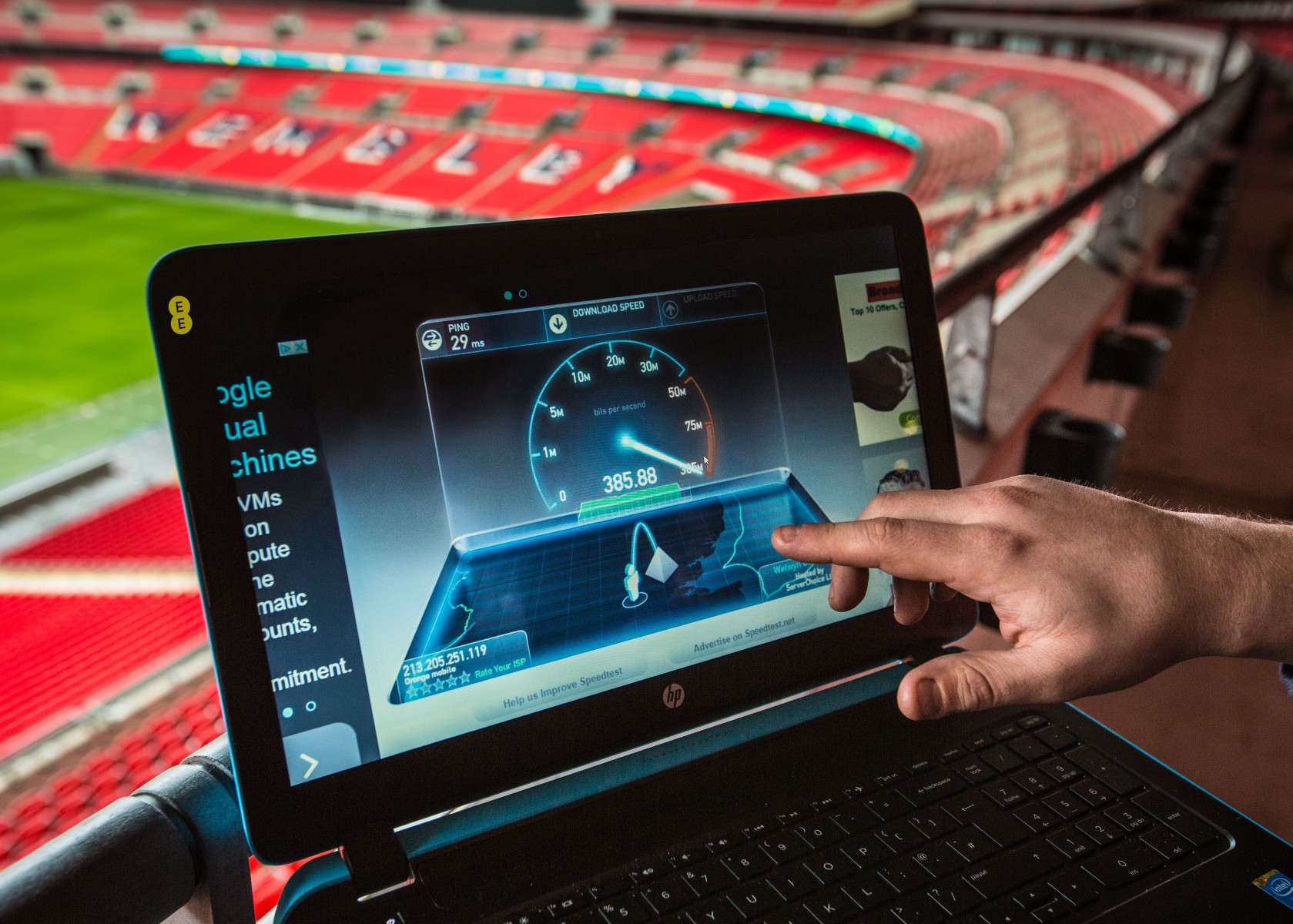 To illustrate the future capabilities of the EE mobile network, EE has created a bespoke audio-visual installation at the stadium, featuring multiple 4K and HD screens and high quality audio streaming to create an interactive Wembley gig experience [link to video]. The demonstration highlights why speed and capacity are so important to a great mobile experience, for consumers and businesses alike.

Fotis Karonis, CTO at EE, said: “We have established ourselves as the most advanced and innovative network in Europe, and we will continue to stay ahead of the curve, in terms of both speed and capacity. Smarter devices with more data intensive video and audio demands are launching all the time, and it’s trials like these at Wembley Stadium that allow us to ensure EE customers continue to get the very best experiences from their mobile network now and in the future. This is a showcase of what a truly amazing 4G network can do, and is a big step in our ambition to make Wembley Stadium the most connected stadium in the world.”

From late March, EE will switch on 4G+ at Wembley Stadium. Like the 400Mbps trials, 4G+ uses ‘carrier aggregation’ network technology, however just two bands of EE’s spectrum are combined (20MHz in each of the 1800MHz and 2.6GHz bands) to achieve real world peak speeds of up to 150Mbps.

This means fans in their seats will be able to benefit from double the amount of mobile data capacity as well as the UK’s highest mobile speeds, letting them stream goal replays, check sports apps, upload selfies and share the action on social media.

4G+ was launched in central London in October 2014, delivering the UK’s fastest mobile speeds. As EE continues to demonstrate how capacity is setting its network apart from other operators across Europe, the 4G+rollout in Wembley Stadium will allow more fans to connect, share and stream simultaneously.

The Wembley 4G+ rollout, starting with covering the seated stadium ‘bowl’, follows EE’s commitment to invest £1.5bn in its network over the next three years, with a particular focus on rural parts of the UK. In order to support the inevitable growth of more sophisticated mobile devices, wearable technology and 4K streaming, EE’s double speed 4G will reach 90% of the population by 2017, with high capacity 4G+ enabled in 20 of the busiest UK cities by 2017.