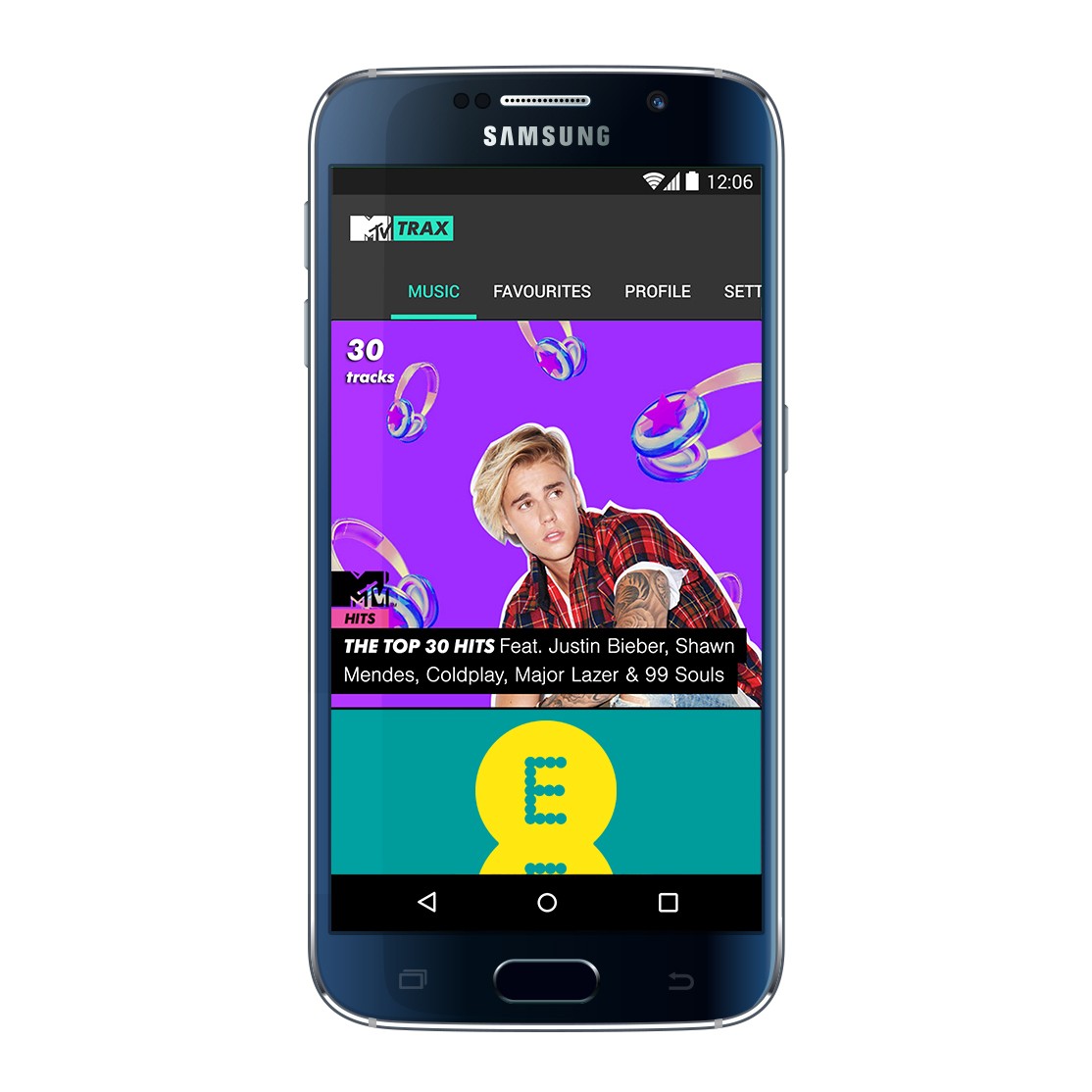 EE today announced an all new Pay-As-You-Go SIM, the MTV TRAX SIM, in partnership with MTV. As well as connecting users to EE’s superfast 4G network, the MTV TRAX promotional SIM offers music fans an inclusive MTV TRAX subscription, delivering the freshest music and exclusive playlists direct to their smartphone daily, as well as 7GB of data every month for three months.

Music fans can order their MTV TRAX SIM at www.ee.co.uk/mtvtraxsim. Every MTV TRAX SIM comes pre-loaded with EE’s £15 Everything Pack, which includes 500 minutes of calls, unlimited texts and 2 GB of data per month. As soon as the SIM is activated and topped up by £15, fans get a 5GB data boost entirely free - giving them a total of 7GB of data to use every month for the first three months.

The MTV TRAX subscription continues with every SIM top up, so music fans can enjoy the latest tracks offline while using their data to browse the web, tweet, snapchat, and more, with the huge data allowance on the EE’s superfast 4G network.

MTV TRAX offers music fans one-touch access via their smartphones to the hottest, hand-picked music from their favourite pop stars on MTV. MTV TRAX automatically updates music every day and has themed play lists from MTV and selected talent, downloaded to the user’s smartphone overnight with a percentage of the tracks being refreshed each day. Powered by the unique MusicQubed platform, the MTV TRAX app allows music fans full offline access, meaning they can listen to music instantly anytime, from any location.

Chris Traggio, Director of Pay As You Go, EE said: “We’re excited to be partnering with the iconic music brand that is MTV. As the UK’s biggest and fastest network we’re always looking at ways to allow our customers to make the most out of their network experience. In combining the best of music with a free mobile data boost for all customers who get the SIM, users will be able to access all the music they love, with all the data they need”.

Brendan Yam, VP, Multiplatform Engagement for MTV International, added: “We’re delighted to be partnering with the UK’s biggest and fastest mobile network, EE, to offer this must-have mobile music service to young music fans. MTV TRAX is a premium music service tailored for and targeted at the pre-pay market – customers will get unlimited access to the latest hits, A-list talent and best new music via MTV TRAX without any extra cost to their monthly top up.”

The UK launch of the EE MTV TRAX SIM offer will be supported by an extensive 360° marketing campaign, harnessing the reach and influence of MTV’s media network. The promotional campaign will extend across MTV’s UK TV networks, branded digital and social channels and UK events including its Pimp My Summer Ball competition, which offers University students the chance to win an end of year ball ‘pimped’ and paid for by MTV.

Every time a user buys a new 30 days Pack on the MTV TRAX SIM, they also receive the additional 5GB free data boost. Every 30 days users must have activated a £15 or higher 30 day pack to continue their MTV TRAX subscription and 5GB data boost.

EE is the largest and most advanced digital communications company in Britain, delivering mobile and fixed communications services to consumers, businesses, government and the wholesale market. EE has approximately 14,000 employees and 553 retail stores, and serves more than 30 million customers across its mobile, fixed and wholesale businesses.

MTV is the world’s premier youth entertainment brand.  With a global reach of more than a half-billion households, MTV is the cultural home of the millennial generation, music fans and artists, and a pioneer in creating innovative programming for young people.  MTV reflects and creates pop culture with its award-winning content built around compelling storytelling, music discovery and activism across TV, online and mobile.  Outside of the United States, MTV is part of Viacom International Media Networks, a division of Viacom Inc. (NASDAQ: VIAB, VIA), one of the world’s leading creators of programming and content across all media platforms.