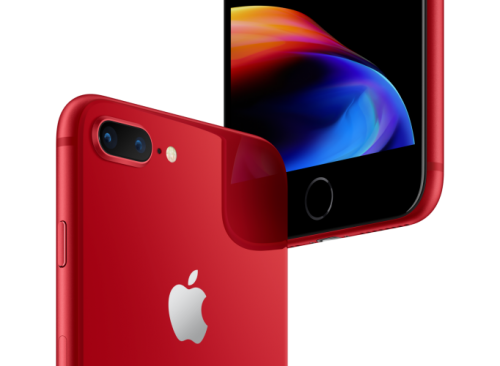 EE, part of BT Group, today announced it will offer iPhone 8 and iPhone 8 Plus (PRODUCT)RED Special Edition, the new generation of iPhone in a stunning red finish.

Both phones sport a beautiful glass enclosure, now in red, with a matching aluminium band and a sleek black front. Customers will be able to order the special edition (PRODUCT)RED iPhone starting Tuesday 10th April at www.ee.co.uk and over the phone, and it arrives in EE stores Friday 13th April.

iPhone 8 and iPhone 8 Plus (PRODUCT)RED Special Edition are the latest in a long running line of (PRODUCT)RED Apple products, with a portion of proceeds going directly to Global Fund HIV/AIDS grants.

iPhone 8 and iPhone 8 Plus are a new generation of iPhone featuring a glass and aluminium design made with the most durable glass ever in a smartphone, Retina HD display, A11 Bionic chip and are designed for immersive augmented reality experiences.

EE runs the UK's biggest and fastest mobile network, having pioneered the UK's first superfast 4G mobile service in October 2012 and was the first European operator to surpass 14 million 4G customers in December 2015. EE has more than 550 shops across the UK. EE's 4G coverage extends to more than 90% of the UK’s landmass (equal to more than 99% of the UK population) and EE has an ambition to extend 4G to 95% UK geographic coverage by 2020