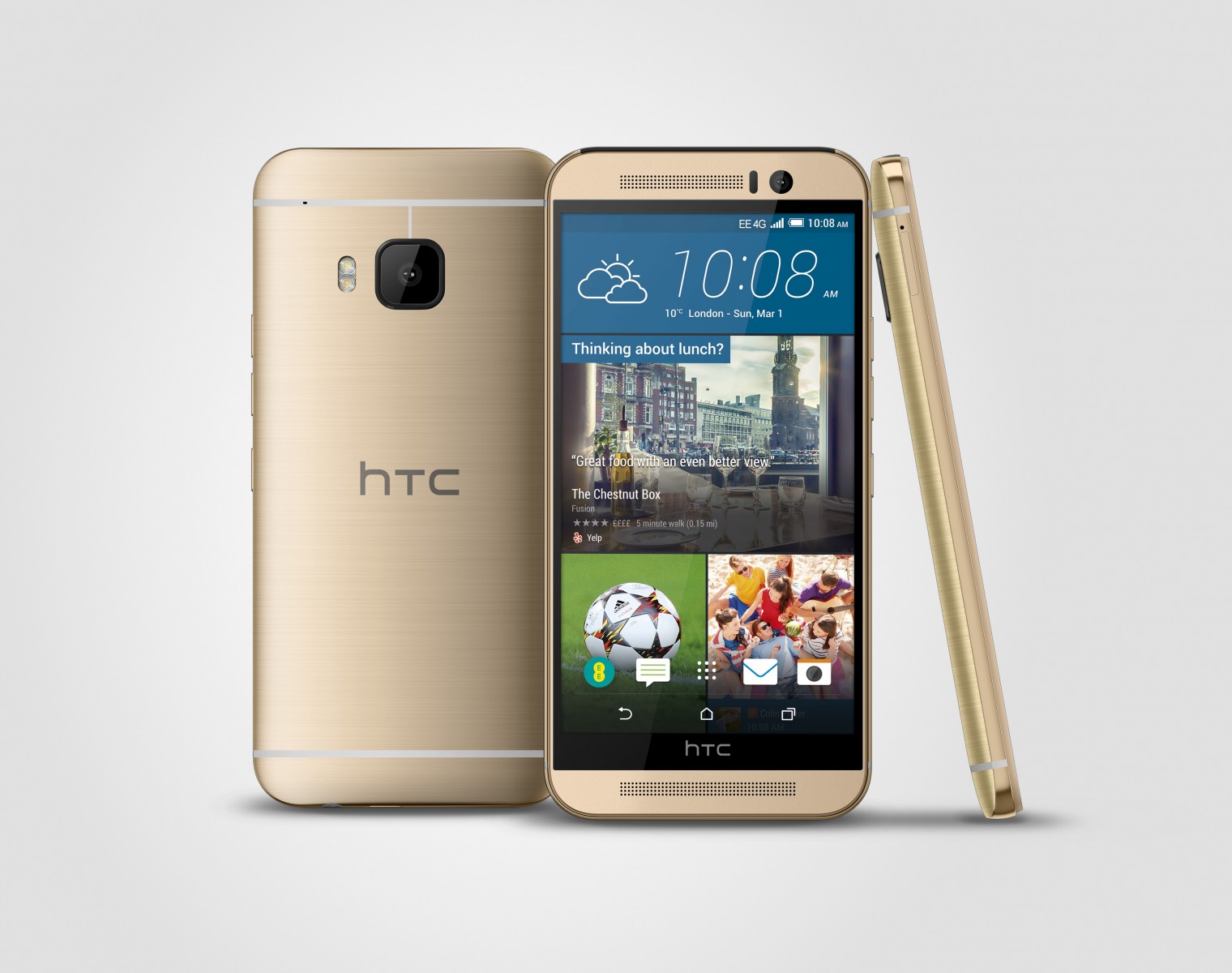 1 March 2015, London – EE, the UK's most advanced digital communications company, today announced it is to offer HTC’s new flagship smartphone, the HTC One M9, on its superfast 4GEE network. EE will also be the only UK network to offer the exclusive single-tone gold variant of the handset in the UK for an exclusive period of three months.

The HTC One M9 is perfectly suited to EE, with the handset’s (CAT 6) chipset able to take full advantage of EE’s 4G+ network. Offering download speeds of up to 150Mbps, 4G+ is ideal for streaming high definition video on the HTC One M9’s Super LCD3 screen, or playing high-quality audio through the HTC BoomSound™ speakers, now combined with 5.1 channel Dolby® Surround sound4 simulation for perfect, 24-bit high-definition sound.

The HTC One M9 combines a powerful UltraPixel™ front-facing camera with a 20 megapixel camera at the back for ultra-sharp photos and videos in any light conditions. It also features the latest HTC Sense™ 7 experience. Highly customisable and intuitive, Sense 7 reinvents the home screen to deliver the most useful apps to the homepage based on location, boasts a more intelligent HTC BlinkFeed™, and with HTC Themes it puts users at the centre of the smartphone experience, intelligently analysing their favourite photos to modify the look and feel of their apps, colour scheme and backgrounds.

Consumer and business customers will be able to purchase the HTC One M9 handset in single-tone gold (gold available exclusively from EE at launch for a three-month period), dual-tone silver and rose gold or single-tone gunmetal grey via the EE online shop, EE telesales and EE retail stores from launch. Pre-order opens on 9 March, ahead of launch.

EE will also be ranging the HTC Dot View case, which allows users to answer calls without opening it, in Grey, Blue and Pink.

Sharon Meadows, Director of Devices at EE, said: "The award-winning HTC One range has established a very dedicated fan base, and we’re sure that the third iteration will not disappoint with its great design and features. When paired with the UK’s biggest and fastest network, customers really will be able to make the very most from their smartphone experience.”

Peter Frolund, Vice President of UK and Ireland at HTC said: "We are incredibly excited to be able to offer the HTC One M9 with EE and include a single-tone gold device as an exclusive for their customers in the UK. The HTC One M9 establishes a combination of stunning elegance and design with smart features, allowing us to continue our reputation for challenging expectations in the mobile industry.”

For further information on the HTC One M9, including full details of EE’s price plans when available, consumer and business customers can register their interest at www.ee.co.uk/register