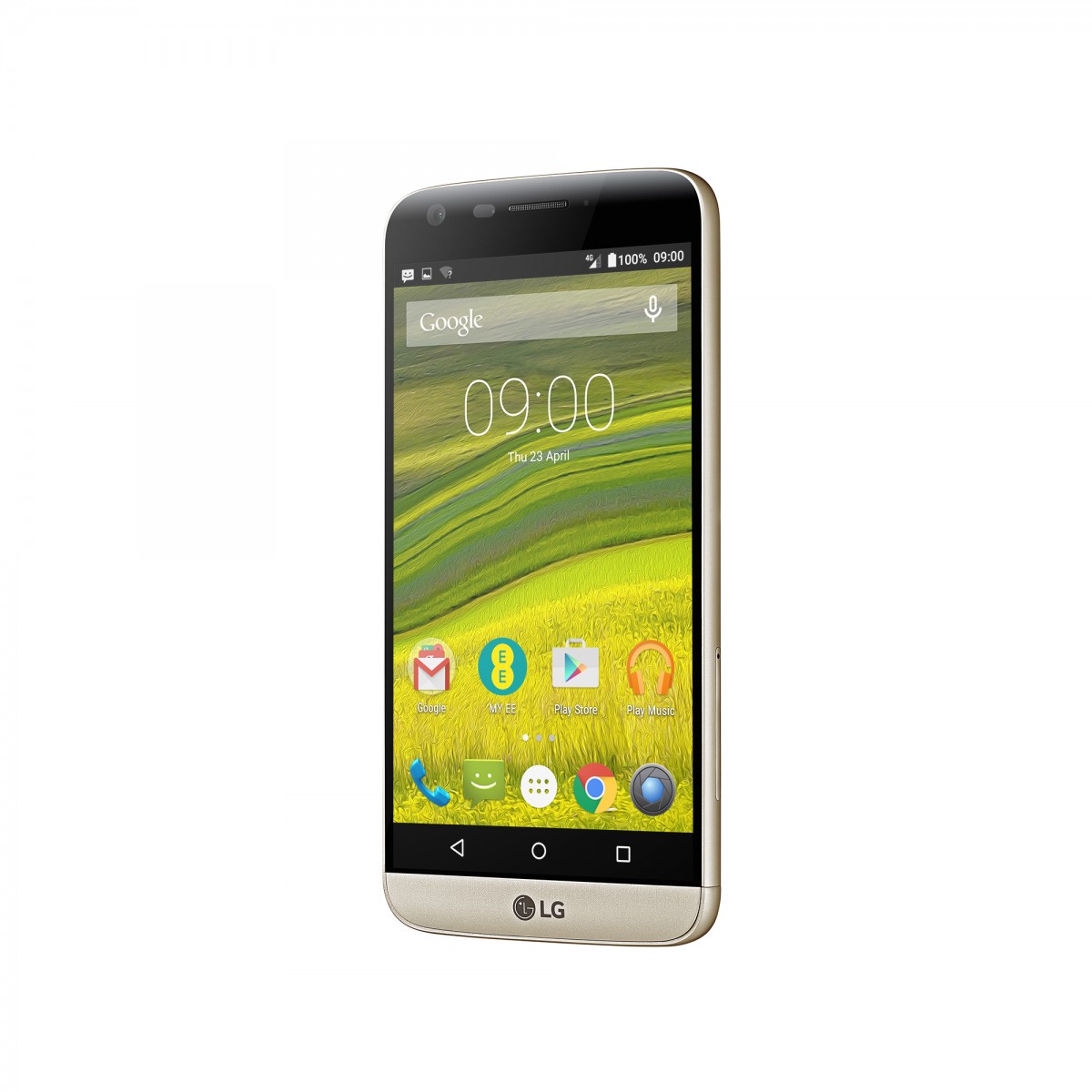 EE today announced that LG’s new flagship smartphone, the LG G5 is available to pre-order for customers on its superfast 4GEE network. Customers who pre-order the LG G5 through EE’s direct channels will also get the added benefit of  WiFi Calling, 4G Calling (VoLTE) and over £400 worth of B&O PLAY audio kit – while stocks last.

The premium LG G5 is available to pre-order on a range of 4GEE price plans via the EE online shop, telesales and through EE retail stores from today. Existing customers can get the 32GB LG G5 on EE for just £39.99 a month on a 24 month 4GEE Extra plan, with a £9.99 upfront cost, which comes with unlimited UK minutes, unlimited UK texts and 10GB of mobile data every month. With 4GEE Extra, users also have access to the UK’s fastest 4G speeds, as well as inclusive calls and texts when travelling in the EU as part of the package.

Customers who pre-order the LG G5 from EE will also receive a pre-order offer worth over £400, while stocks last. EE is providing customers who pre-order with a B&O PLAY S3 speaker which provides ambient sound from one single speaker that has the spacious characteristics of a stereo setup, and B&O PLAY H3 headphones which offer powerful and balanced sound through a sturdy exterior and comfortable fit that has been crafted from lightweight metal.

LG G5 handsets purchased from EE shops, the EE online store and EE telesales will support WiFi Calling, allowing customers to make calls and send texts in more places across the UK. The LG G5 will also be provisioned with 4G Calling (VoLTE) later this year, so users can stay connected to superfast 4G when making calls. Partnered with the UK’s biggest and fastest 4G network, LG G5 users have access to EE’s double-speed 4G network, offering download speeds of up to 150 Mbps for the ultimate in connectivity and performance.

The LG G5 boasts a Qualcomm Snapdragon 820 processor, a 5.3-inch Quad HD IPS Quantum display, and dual cameras on the rear; a standard angle 16MP lens, and a 135-degree wide angle lens, the widest available on any smartphone. The new modular design is also compatible with its own ecosystem of companion products – the LG Friends, which bring the pleasure of playing with technology back to everyday life.

Sharon Meadows, Director of Devices, EE, said: “The LG G5 is shaping up to be one of the most sought after handsets of the year, which is packed with a wealth of innovative new features. It’s a superfast handset that deserves a superfast network – and with a 4G network that is 50% faster than our major rivals and offering WiFi Calling and 4G Calling built-in - EE is the number one network for those wanting to make the very most from their G5 experience.”

For further information on the LG G5, including full details of EE’s price plans, customers can visit www.ee.co.uk/LGG5.