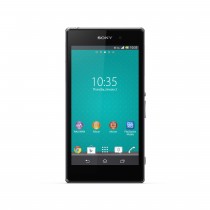 EE, the UK’s most advanced digital communications company, today announced that the new Sony Xperia Z1 is now available for pre-order in black or white, on EE’s superfast 4GEE service as well as on Orange and T-Mobile. All customers who pre-order the Sony Xperia Z1 through EE direct retail channels from today will also receive the Sony SmartWatch 2, worth £149.99 - absolutely free.

The Sony Xperia Z1 is EE’s first ‘CAT 4’ mobile handset, making it the perfect device to take advantage of EE’s superfast, double speed 4GEE network – providing users with the fastest mobile connectivity when on the move and optimising the Xperia Z1’s key features including ‘Social Live’.

Customers who take out an Xperia Z1 on 4GEE will be able to use their handset to connect to EE’s 4G service in over 100 towns and cities across the UK from launch. With a 4GEE plan customers can also use their handset to watch live TV on the move without buffering, play live multiplayer games on the go and download large email attachments quicker than ever.

All customers who pre-order the Xperia Z1 via EE stores, EE telesales or the EE online shop on 4GEE, Orange or T-Mobile UK will receive a free Sony SmartWatch 2 worth £149.99. The world’s first Android compatible SmartWatch with One-touch NFC, the Sony SmartWatch 2 works in conjunction with the Xperia Z1, allowing users to keep track of their texts, emails, as well as updates on Facebook and even see who’s calling all without taking their phone out of their pocket.

Sharon Meadows, Director of Devices at EE, said: “The Xperia Z1 truly is the latest in mobile technology, designed to give customers the ultimate smartphone experience. When coupled with the double speed connectivity that EE’s 4G network provides - customers really will see the Xperia Z1’s great functionality enhanced, allowing them to make the very most out of the handset when on the move.”

In addition to superfast speeds and EE services, customers with a Sony Xperia Z1 smartphone on a 4GEE price plan will also benefit from:

Further information on the Sony Xperia Z1 on EE, including full details of all EE’s price plans and terms and conditions will be available on ee.co.uk website shortly.

EE is the largest and most advanced digital communications company in Britain, delivering mobile and fixed communications services to consumers, businesses, government and the wholesale market. With more than 15,000 employees and 600 retail stores, EE serves more than 27 million customers on EE, Orange and T-Mobile mobile and broadband plans.

EE has received extensive independent recognition including being ranked the UK's best overall network by RootMetrics®, and Best Network for Business at the 2013 Mobile Industry awards.