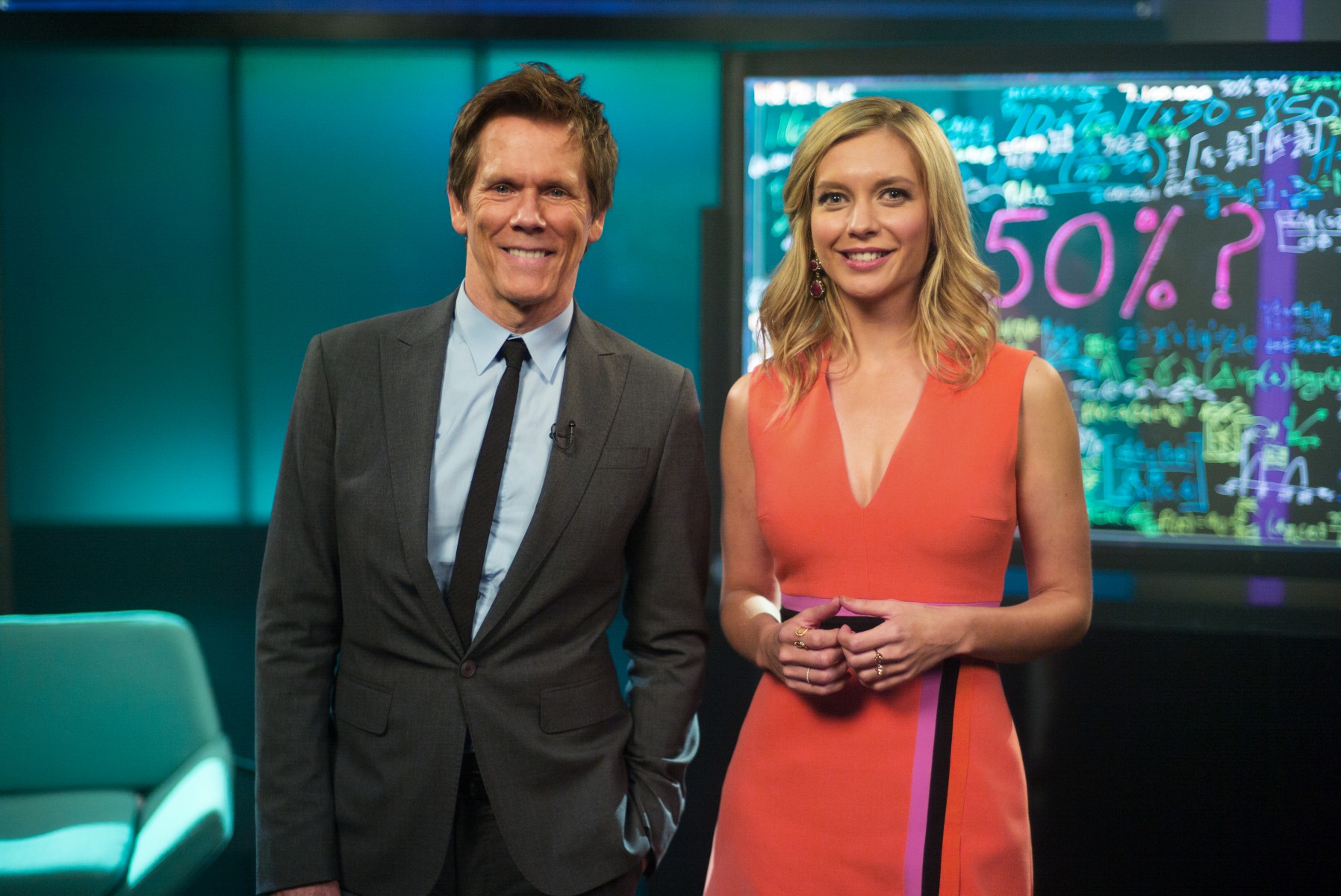 EE, the UK’s largest mobile network operator, has launched a multi-channel brand campaign to highlight that its 4G network has been independently verified* as 50% faster than O2, Vodafone and Three. The ad sees Hollywood A-lister and face of EE, Kevin Bacon back to host a spoof TV show entitled ‘It’s a No Brainer’.  Kevin is joined by special guests Stephen Fry and Rachel Riley who will each, in turn, try to unravel the mystery of why consumers would choose to be on any other network given this fact.

The first in the two-part series of ads opens on serious TV-show host Kevin Bacon grilling perplexed guest Rachel Riley. Math genius Rachel is struggling to answer the seemingly unanswerable question of why anyone would choose to be on a slower network.  Rachel is seen scribbling down various complex-looking formulas as Kevin puts the pressure on but she comes up with “exactly nothing”.  To which Kevin replies: “Exactly Rach! Choose the network that’s 50% faster, it’s a no brainer Britain.”

The second ad in the series will launch shortly after and features TV’s most famous intellectual Stephen Fry.  Known for his extensive vocabulary and love of literature, this episode of Kevin’s show asks Stephen to find a word to sum up why anyone would choose a slower network.  After much pondering Stephen is forced to confess “there are no words” with Kevin commenting: “I thought so. Choose the network that’s 50% faster, it’s a no brainer Britain.”

In-keeping with the light-hearted tone of the campaign, Kevin can also be seen playing a cameo role in both ads.  Donning comedy wigs and glasses, he transforms into a different audience member for each episode.

The series of 30 second ads will kick off from today – Friday 18th March – and will premier during primetime TV show Gogglebox on Channel 4. The campaign will also run across print, social and OOH alongside a unique execution of the TV ad for digital.

Spencer McHugh, Director of Brand at EE, said: “We know consumers are using more data than ever and relying on superfast network speeds to download more quickly and stream with better reliability and quality.  Given recent tests have proven our network to be 50 per cent faster than our competitors, we can’t understand why anyone would choose to be on a slower network.  We wanted to illustrate this using some well-known TV geniuses and we’re delighted that Rachel and Stephen are on board to help us get that message across.”

TITLE: IT’S A NO BRAINER WITH KEVIN BACON

*EE’s network has been confirmed as 50 per cent faster by SPEEDTEST by Ookla – the global leader in testing how fast consumers’ mobile and broadband networks really are, based on millions of tests done by real people across the UK