The UK's first commercial launch of contactless mobile payments by Everything Everywhere and Barclaycard, set to revolutionise buying on the high street
Newsroom 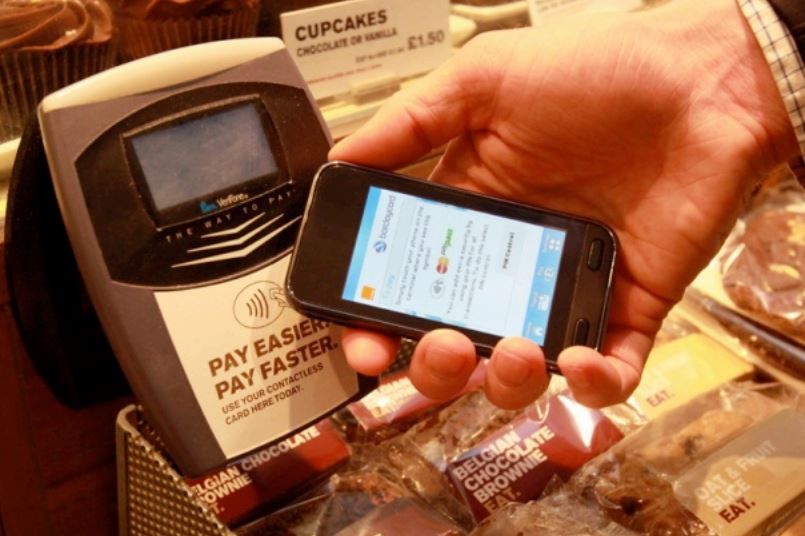 The UK's first commercial launch of contactless mobile payments by Everything Everywhere and Barclaycard, set to revolutionise buying on the high street

The UK's first commercial launch of contactless mobile payments by Everything Everywhere and Barclaycard, set to revolutionise buying on the high street

Everything Everywhere and Barclaycard today announced the first contactless mobile phone payment solution for UK consumers will launch by early summer. The move will usher in a new era for consumers, offering greater simplicity, convenience and control and will change the way payments are made on UK high streets.

Barclaycard and Orange, who announced their strategic partnership to bring contactless mobile payments to market in 2009, believe this will be the biggest revolution in payments since credit cards were introduced in the UK by Barclaycard over 40 years ago.

Commenting on the announcement, Gerry McQuade, Chief Development Officer, Everything Everywhere, said: "This is the beginning of a revolution in how we pay for things on the high street. It's a cultural shift that is as important as the launch of the personal credit card or ATMs.

"We’re making something that's been talked about for many years a reality and very soon, using your mobile to buy a sandwich, a cinema ticket or in time, even something bigger like a computer will simply be the norm.

"As Britain's biggest communications company, we’re proud to be delivering this technical and cultural innovation to the UK through the Orange brand. Orange and Barclaycard customers will be the first to be able to use their mobiles to make payments on the high street wherever contactless payments are accepted. This is part of our wider strategy to re-define what people use their mobiles for, with mobile payments being the start."

David Chan, CEO of Barclaycard Consumer Europe, said: "Barclaycard is well known as a leader in helping consumers and businesses to make and take payments in their everyday lives. Finding new and better ways of doing this is what drives us, so it's exciting, with Orange, to be giving consumers in the UK the choice to make contactless payments on their mobile phone as well as their card. Barclaycard is going to lead the innovation and explosive growth you’ll see in mobile payments.

"I believe that future generations will find it surprising that early this century we were still carrying separate items to buy goods and to communicate with each other. As payment experts, our role is to make it easier, more convenient and incredibly secure for people to make purchases and manage their money while on the move."

Working with the world's leading handset manufacturers, the new offering from Orange and Barclaycard will enable customers to use their mobiles to pay for goods and services at more than 40,000 retailers that use contactless technology, by simply waving their mobile phone against a contactless reader.

The new contactless mobile payment technology has been developed to ensure customers' transactions and personal data will be protected and secure. The launch proposition will focus on an industry backed, SIM-based approach to payments ensuring enhanced security for customers, as well as to initially provide a single point of customer care contact. MasterCard will provide the payment capability for the contactless mobile transactions.

Contactless mobile phone payments will feature as part of the wider Orange portfolio of products, developed in conjunction with Barclaycard, and which already features a contactless co-branded credit card as well as the forthcoming contactless Orange Cash prepaid payment card.

The move builds on existing contactless payment technology with 11.6m contactless credit and debit cards already in circulation, of which over 10m have been issued by Barclaycard and Barclays. There are also already 42,500 live Barclaycard contactless terminals in retail outlets including Pret a Manger, EAT, Little Chef and, soon, Co-Op.

Further details on the roll out will be made in the forthcoming months.

Barclaycard, part of Barclays Global Retail Banking division, is a leading global payment business which helps consumers, retailers and businesses to make and accept payments flexibly, and to access short-term credit when needed.

The company is one of the pioneers of new forms of payments and is at the forefront of developing viable contactless and mobile payment schemes for today and cutting edge forms of payment for the future. It also issues credit and charge cards to corporate customers and the UK Government.

Barclaycard partners with a wide range of organisations across the globe to offer their customers or members payment options and credit.

In addition to the UK, Barclaycard operates in the United States, Europe, Africa and the Middle and Far East.