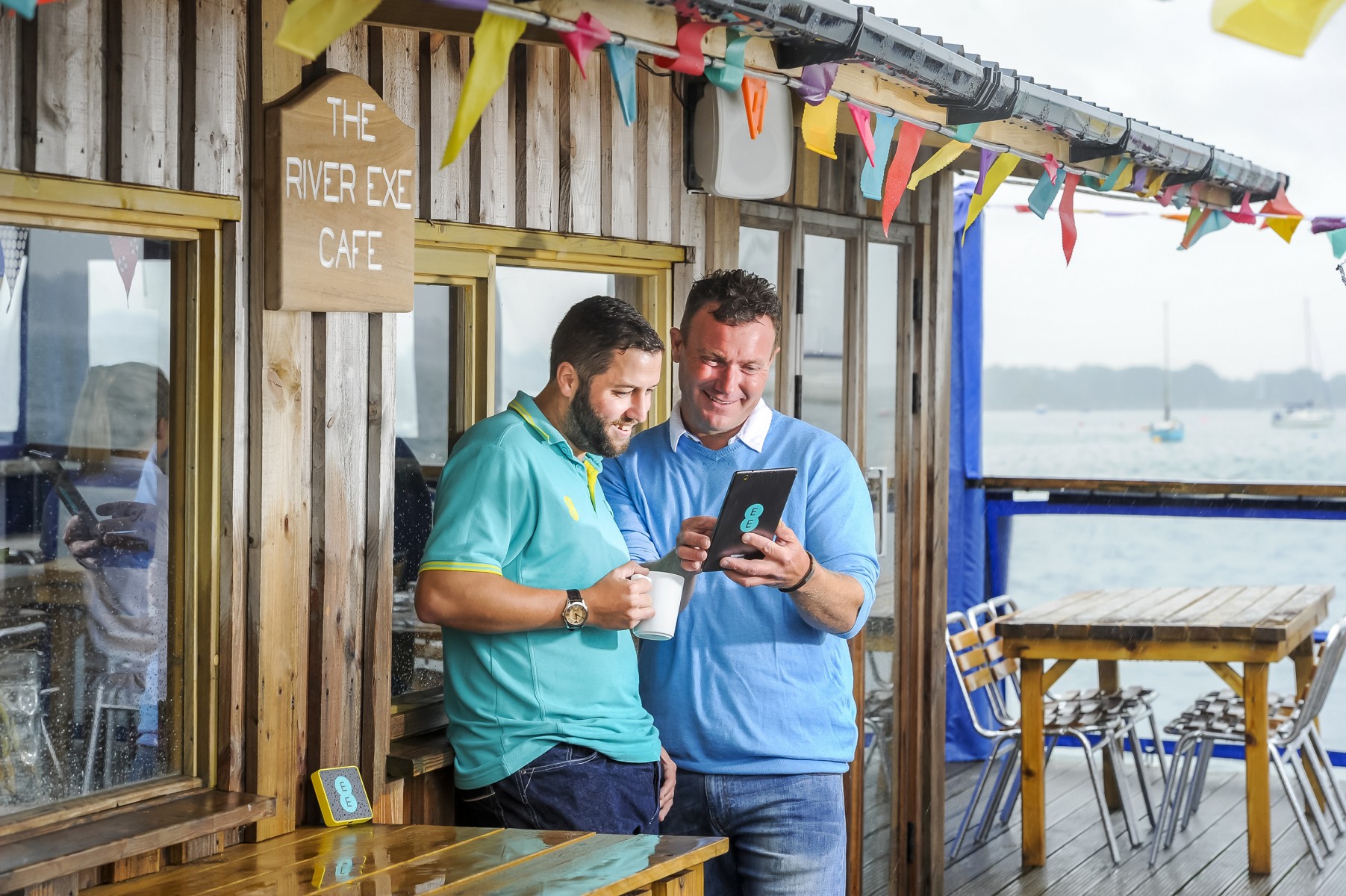 EE, the UK’s largest mobile operator, has switched on its superfast 4G mobile network in a further 90 large towns and cities in 2015, bringing the total number to 600. As well as covering hundreds of places with a population over 10,000, superfast 4G from EE is now also available to residents and businesses in more than 6,000 villages and small towns.

Exmouth, in south Devon was the 600th town to be switched on, and  4G from EE now stretches from the coastal village of Sennen Cove in Cornwall to Roseisle in the North of Scotland, and from Newport in Norfolk to Tywyn in west Wales.

“Faster mobile internet is an increasingly important issue for businesses and residents in Exmouth, so I’m delighted it has been named EE’s 600th 4G town. With the arrival of the latest generation of mobile technology, Exmouth has become an even more attractive place to live, to work and to do business. Thousands of people will now be able to benefit from living and working in one of the best connected areas in the South West.”

One of the businesses that will benefit from the 4GEE switch on in Exmouth is the River Exe Café, a restaurant situated in the middle on the Exe Estuary. Accessible only by boat, the restaurant is unreachable by fixed line broadband and is entirely dependent on mobile internet to help run the business smoothly.

“Without a fixed line, we use mobile internet for everything – from taking bookings over email to processing card payments. So as you can imagine, a fast and consistent connection is vitally important. The arrival of 4G allows the business to run more efficiently than ever, which is great for both us and our customers. The speed of connection here on our barge, in the middle of the Estuary is absolutely phenomenal.”

“Covering the places where people live and work is still hugely important for planning the next steps of our 4G rollout, but we also look at where people need us the most – train routes, roads, stations and parks. People really want 4G anywhere that they’re sitting or waiting and they need to work, or just want to get online because they’re bored – people expect to get online on their phones everywhere now, and that drives us to rollout 4G as fast as ever.”